Create a data source for the Films database in the above folder (this contains tables for categories of film, certificates and the films themselves).

Create a form called frmList to look and work like this: 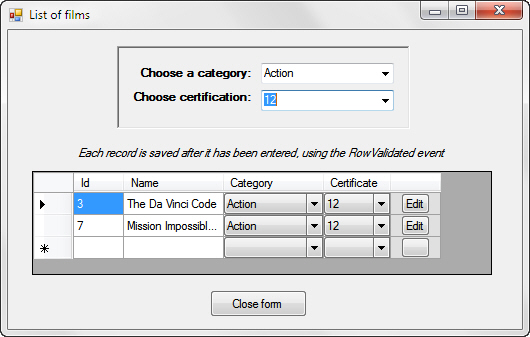 When you choose a category and certificate, you see all the corresponding films

Now create another form called frmDetails to show a single film at a time: 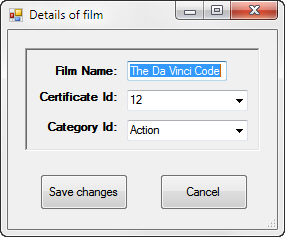 Saving changes should return you to the previous (updated) list form

If you get all of this working, you have cracked Windows Forms applications!