Open the Power BI report in the above folder.  It currently shows two charts: 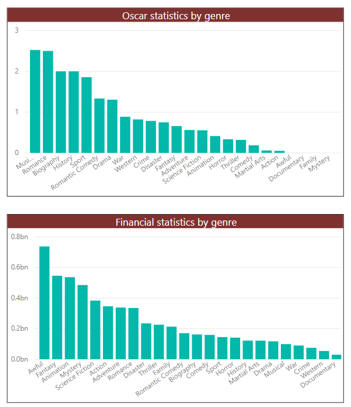 The charts compare the average Oscars won and the average box-office takings for films by genre.

Note that some films - particularly the ones early on in the table - may not display figures for every row, since either the budget or the box office takings values may be blank.

Change your two charts to show your newly calculated statistics instead: 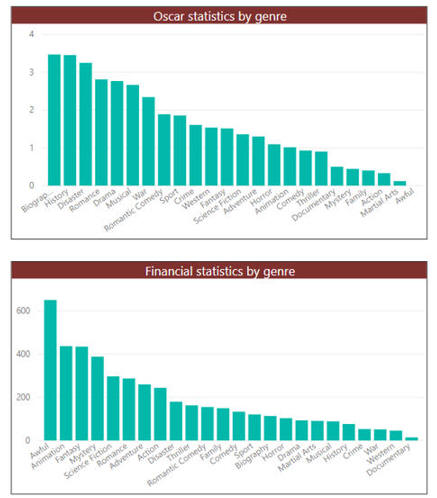 Save this report as Titanic struggle, then close it down.

You can unzip this file to see the answers to this exercise, although please remember this is for your personal use only.
This page has 1 thread Add post
shaildesai   Reply to shaildesaiReply
25 Jul 21 at 14:42

The zip file doesn't contain the Excel file so can't create any new calculated columns without it. Kindly add the source file in the zip file. Thanks!

Zipped file is there now - thanks for bringing up.