If you haven't already done so, run the SQL script in the above folder in SQL Server Management Studio to generate a database (not for commercial use or copying) called MAM. 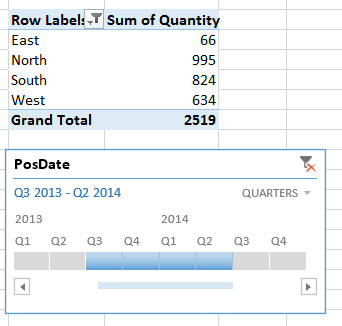 Quadrants are the next level of aggregation up from regions. We've also only imported data for shopping centres having 100 units or more, and have hidden any (Blank) rows from the resulting pivot table.

Save this workbook as Timelines are impressive, then close it down.