Create a new Power BI report, and load the CSV file from the above folder.  Use this to create a decomposition tree visual: 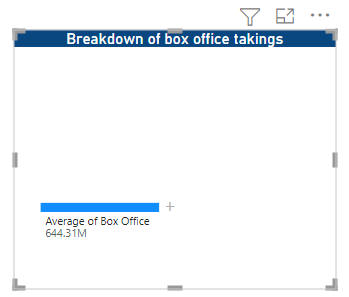 Here we are showing the average box office takings by director, genre and certificate.  Unlike almost any other visual, you won't initially see any grouping levels.

Expand the top node to show the average box office takings for 12A Comedy films directed by John Madden: 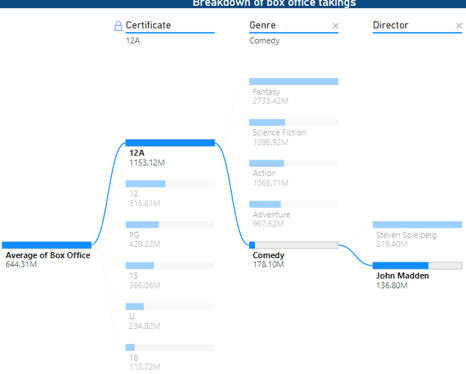 Note that you should also lock the certificate column to prevent anyone collapsing it.

Now see how many of the following tricks you can apply: 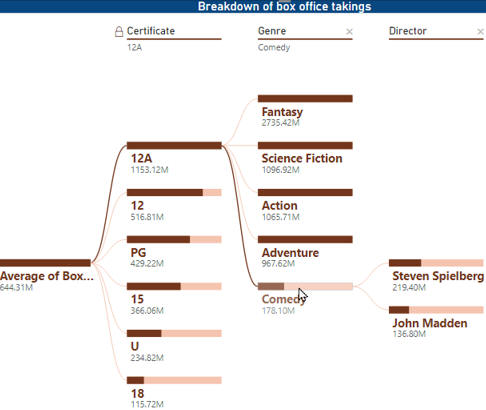 See below for some ideas of things to do!

In the above visual we've made the following changes:

Save your report as Visually appealing, then close it down.