Create a function within this module to calculate the Oscar success rate for any film.  The inputs to your function will be:

The output from your function is a single number, giving the win percentage (esssentially, one number divided by the other).  Be careful of films which didn't receive any Oscar nominations!

Test out your function using the immediate window: 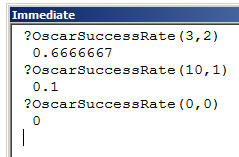 Finally, create a new query incorporating your function to show for each film its Oscar success rate: 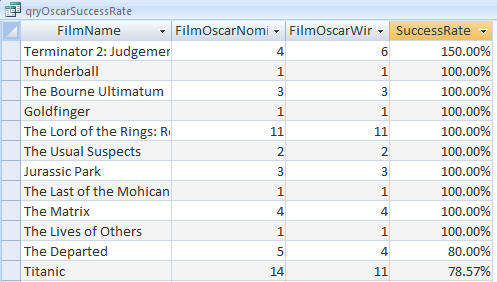 How can a film win more oscars than it was nominated for? And how did the Matrix only win 4?

Save and close your module and query.