Outstanding course feedback
Average score 9.43/10, based on our 2,079 latest reviews
If you found this exercise useful and you’d like to say thanks you can click here to make a contribution. Thanks for trying our exercises!

First, create a report called Iffy data, to contain a dataset showing the number of films for each certificate: 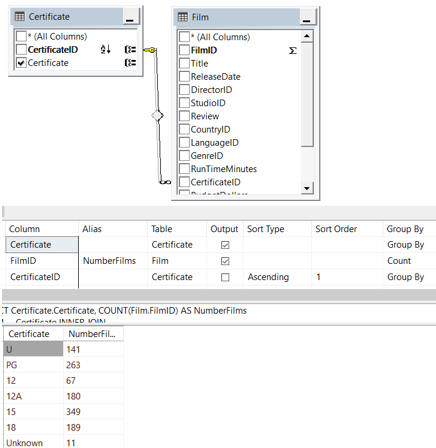 We've sorted the certificates by order of CertificateId.

The aim of this exercise is to create a table as follows: 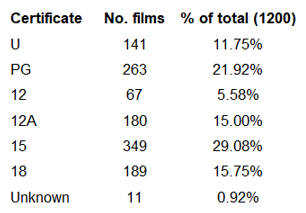 For each certificate, we see the total number of films and the percentage this forms of the total.

When you've finished, close down your report.