This exercise involves creating a report and subreport.  First, create the report which will become the subreport, and within this create a dataset listing out all the actors for a particular film (you'll need the tblActor and tblCast tables to do this).  Note that this you should apply a filter such that the CastFilmId column should equal @FilmId (a parameter which you'll set in the main report).

Now create the layout of this subreport:

Save this report as Film cast sub, then create another report which will be the main report.  Within this, create a dataset to list out all those films which have at least one actor (for this dataset, you will need to include the tblFilm and tblCast tables). 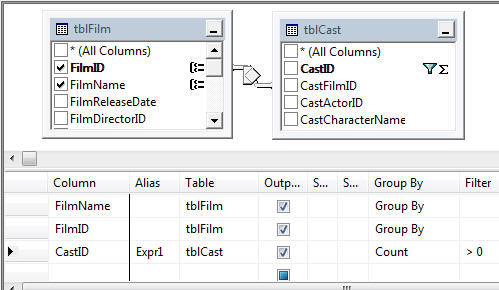 Create a grouping query, with the number of cast rows to be at least 1

Now create a rectangle, and within this create a table (and within this a subreport).  This is what your report/subreport combination should look like in layout view and preview: 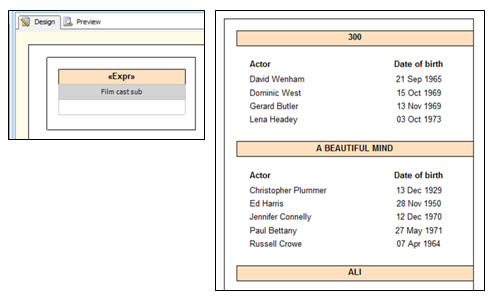 The films are listed in alphabetical order

Save this report as Film Cast Main, and close it down.