Create a new report called Cast Away.  Your task is to create a table containing a cast list for each film in the Movies database. 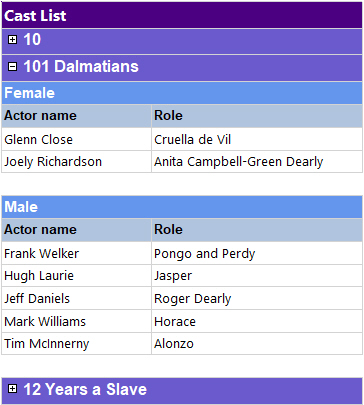 The table includes two levels of grouping and allows the user to collapse and expand the outer group.

Take care with films which have the same title.

Make sure that you have both the films and actors sorted alphabetically.

Save and close the report once you have it working.