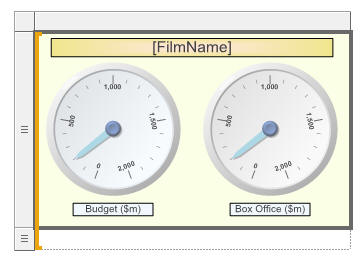 This is what your report could look like in design view

A suggestion for how the final report might look is shown below.  In the meantime, here's some information which may be helpful: 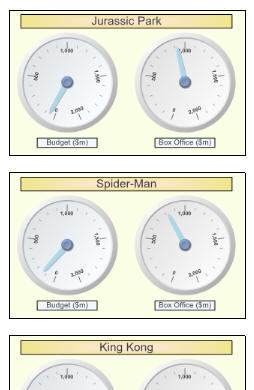 The first two and a bit films

Save this report as Multiple Gauges, then close it down.