Create a new project called InterfaceGames.  Add all of the files in the above folder into your project apart from the images, then choose to add the owl images into the project's Resources folder:

Double-click on this folder to open it, then choose to add resources to it in a reasonably intuitive way.

You may well need to spend some time resolving compilation errors to do with namespaces and class names before continuing - nothing ever seems to import first time correctly!

Try running the project with 3 different start forms.  This is what you should see:

Write an interface so that the following code works (note that the games are quite basic, and aren't the point of this exercise)!

You'll need to create an IGame interface and Countdown and Pairs classes which implement it. 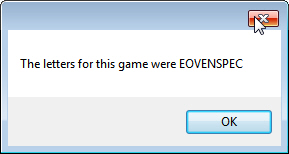 The system will display the letters chosen. 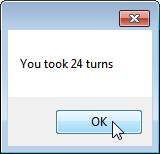 Hopefully you'll improve on this, though!

If you have any spare time, you could always improve on the two games' code!