Whatever you do in Windows, Power Automate can make your job easier - and not many programs can claim that!  In this blog I'll explain the idea behind Power Automate, but you might also like to read this example of its practical use to give an insight into its power.

Bear with me as I take a digression into how Excel works: it is relevant, honestly!

Anything you can do in Excel can be automated in a language called VBA (Visual Basic for Applications).  For example, suppose you type Wise Owl in to cell A1:

If you have macro recording on when you do this, you'll be able to look at the VBA command generated.

The VBA command to do this is Range("A1").Select.  The fact that every Excel action has an equivalent VBA command means that you can automate any repetitive task in Excel (or Word, PowerPoint, Outlook or Access for that matter, since these all use VBA too).

Power Automate Desktop (PAD) allows you to automate tasks in Windows too - the analogy is near-perfect (the only difference is that in PAD there is no language as such, just a series of commands that you accumulate).  To give you an idea of the scope of what you can do, here's a list of the possible actions:

Whatever you do in Windows is likely to be covered by this list, including emailing, browsing the web, filling in forms, using different programs, printing and much, much more.  Quite why the list appears in this order, though, is baffling!

As one example, here's what the Workstation category above shows when you expand it:

The things you can do wtih the Workstation category.

The buzzword for this sort of thing is Robotic Process Automation (RPA), which was the reason why Microsoft bought a Greek company called Softomotive in 2020 (they've now integrated this software into Power Automate).

Actions quickly accumulate when you're recording: 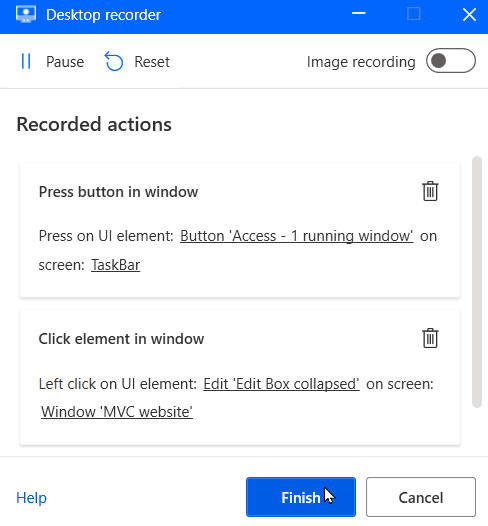 Here's an excerpt from a Power Automate program, to show what the commands look like: 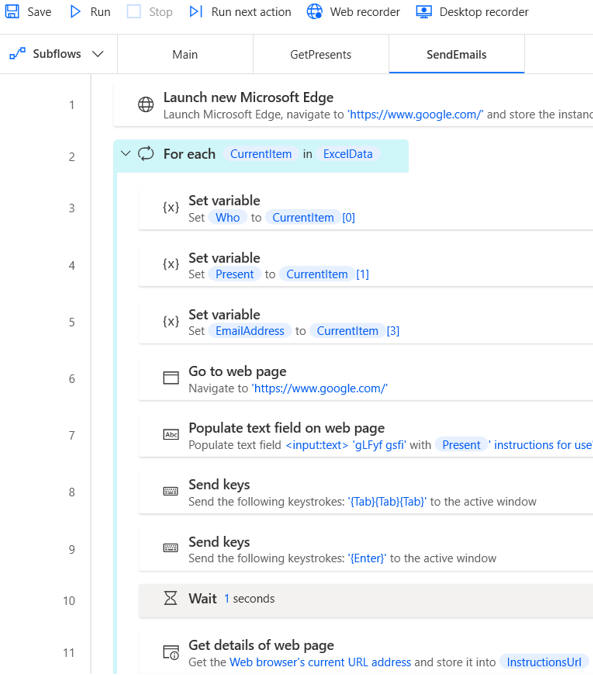 This program is looping over the rows of an Excel workbook, typing something into Google for each and getting the results.

How to get Power Automate

Power Automate Desktop is included free of charge within Windows:

You could make a case for Power Automate replacing the following software:

I'm sure this list is incomplete, but it does give some idea of how much time Power Automate can potentially save you!