Using a Parameter to set the Data Source for a Report
A single report in Reporting Services can serve many masters. This blog shows how to allow a user to choose which data a report should display, using a dropdown parameter.

How cool would this be?


You get different reports according to which table you select:

It turns out that this sort of one-report-serving-all effect is remarkably easy to achieve.  There are 3 stages: creating the drop-down parameter, creating the dataset for the report and creating the table.

The first thing to do is to make sure that the dropdown parameter appears at the top of your report:

It's a text parameter, which we've called ReportTable (so far, so straightforward): 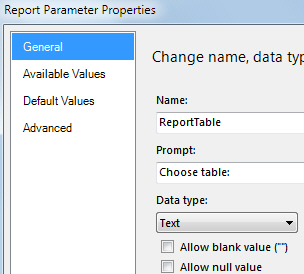 Give your parameter a name, and a sensible prompt.

For the list of available values to comprise the drop list, make the visible label something easy to read, but use the underlying table name for the value: 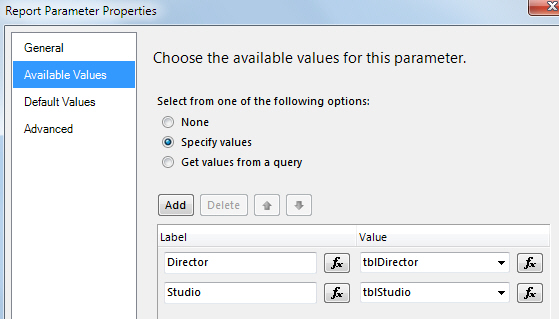 Add one possible available value for each table a user can choose.

Step 2 - Creating the Dataset for your Report

The trick to get our report working is to make sure that whether we choose directors or studios, we still have the same field names.  First create a dataset: 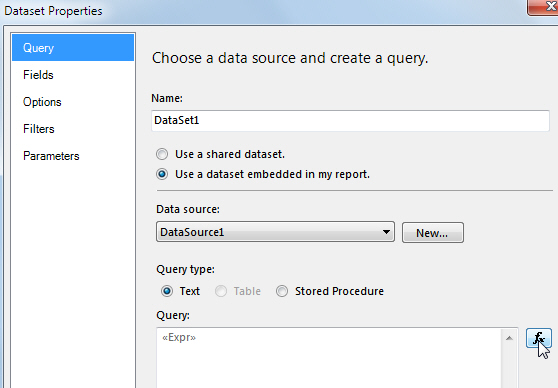 When creating the dataset, click on the expression builder as shown.

In the expression builder, type in an expression which will evaluate to a valid SQL statement: 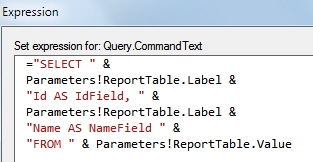 This will always return two fields, called IdField and NameField.

Suppose that the user chooses to show Studios.  Then the dataset expression will evaluate to:

This gives the following dataset:

It doesn't matter what parameter value the user chooses, the fields in the dataset will always be the same.

Step 3 - Creating the Table for the Report

We can now create a table for the report: 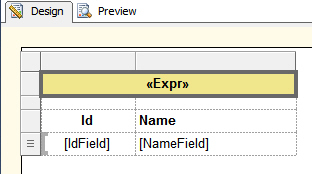 The expression for the title of the report could be something like:

The title changes according to whether directors or studios are being reported.

Although the above is relatively easy to implement, it may run slowly (dynamic SQL can't be optimised).  Perhaps a better idea would have been to create two stored procedures, and dynamically allocate these to the report dataset: 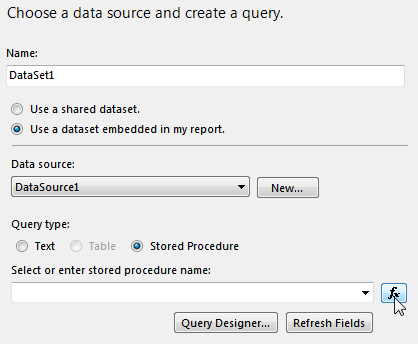 You can use an expression for the stored procedure, which would depend on the parameter value chosen.

Just a thought to finish up on!