What Power BI report server is, and how to create reports through it
Part one of a five-part series of blogs

Puzzled as to why there are two near-identical versions of Power BI Desktop? Wondering if web portal is anything like Power BI report server? Confused as to what a paginated report is? This blog answers all these questions, and more! 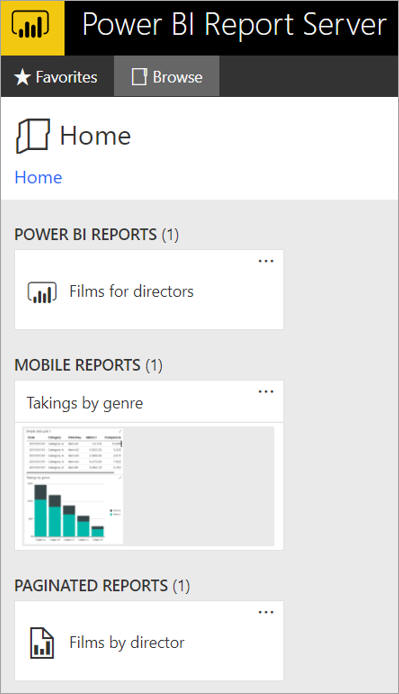 Power BI report server, after uploading one Power BI, one mobile and one paginated report.

This blog supersedes (and expands on) my colleague Andy Gould's blog on the same subject, first published in March 2019.

What Power BI Report Server is

Power BI report server is the same as the old Reporting Services web server, but with two additional features - it can accommodate Power BI and mobile reports:

You can publish three types of reports to Power BI report server.Â

Against this, it has three disadvantages:

The three types of reports you can publish and view 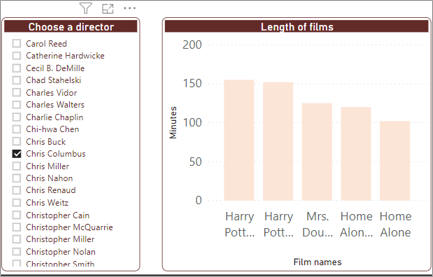 In a Power BI report you have a number of visuals (this report has one slicer and one column chart). When you click on a value on one visual, the other visuals on the page usually update to show that value's data (so for example choosing a director above such as Chris Columbus would show that director's films in the chart on the right).

The second type of report is a paginated report: 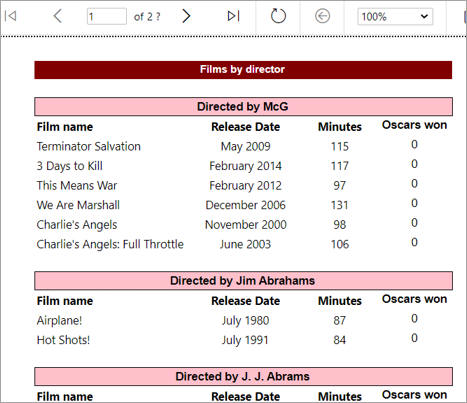 In a paginated report you typically see grouped data (here we're listing the films made by director). A paginated report (as the name would suggest) usually consists of a number of pages, with titles repeating at the top of each. Paginated reports often contain parameters at the top, and are used for printing.

The third type of report is a mobile report: 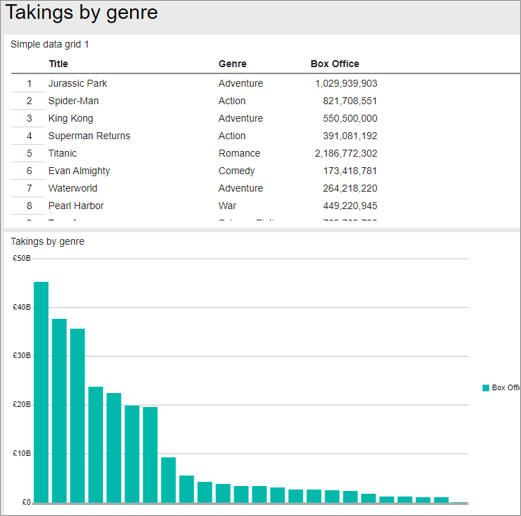 A mobile report typically consists of a grid of visuals for viewing on a tablet or mobile. The size of the visuals is responsive, adjusting to different screen sizes.

Furthermore, anyone wanting to publish Power BI reports to your report server will (as I understand it) need a Power BI Pro (or Power BI Premium) licence.

Contents of rest of blog

The rest of this blog is divided as follows: