Outstanding course feedback
Average score 9.41/10, based on our 1,809 latest reviews
If you found this blog useful and you’d like to say thanks you can click here to make a contribution. Thanks for looking at our blogs!

Why I became a trainer
People become trainers for many different reasons. In this blog, Shaun explains his journey from being an accountant to training people in IT.

Posted by Shaun Wantling on 22 November 2019

Why I became a trainer

"Shaun, have you got a minute to have a look at my spreadsheet?"

Being an IT trainer never entered my head when working as an accountant, even though I was always the go-to guy for most IT problems in my office. I would spend a good portion of my day helping other staff with any software issues they were having, and felt a kind of pride that once I have shown someone a technique, they rarely asked about that issue again. Yes, I also admit it gave me an ego boost to show someone what I considered a normal technique and then be elevated to the status of oracle by the recipient!

Jump forward a few years and I was involved in a project to roll out a new in-house MIS system to nine offices across the UK. I'd been involved from a finance point of view throughout the development stages, and when the system was ready to go, the company needed someone to train the users. One of my directors approached me to ask if it's something I would consider doing. "But I'm an accountant, not a trainer," was my simple response.

It was pointed out to me that I knew the system better than most and was certainly going to be better at teaching it from a user's perspective than any member of the development team. Despite being the kind of person who would rarely speak out in a meeting, I gave it some thought and said yes. I figured it would be a couple of months of travelling and I'd get to meet people from the other offices with the added benefit of passing on knowledge.

I was truly amazed at how comfortable I felt standing in front of a room of people talking about something about which I was both excited and knowledgeable. Having completed the training, I found skills I never realised I had. Patience and understanding for those staff who found computers to be a hindrance rather than help in their day-to-day work. The ability to take even the most convoluted, complex techniques and teach them in a way that left the trainee feeling confident they could not only repeat it but know and understand what it was they were doing. 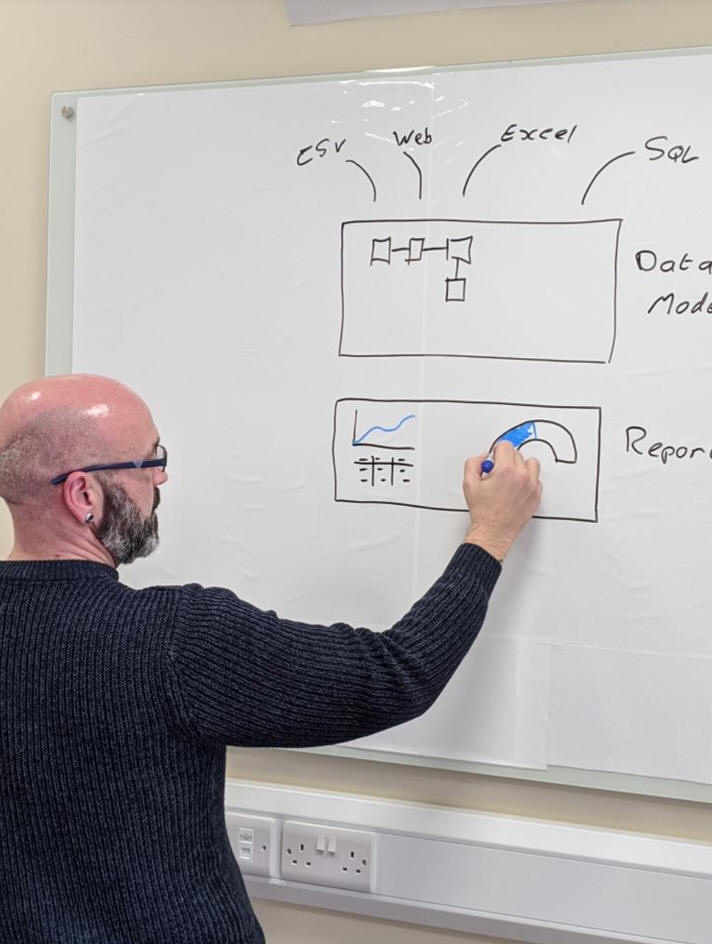 Shaun doing what Shaun does best!

Training as the ignition of a spark

I still get the same satisfaction from training. I recently delivered a course where upon the completion of each topic, the trainees' excitement and discussions were infectious. They felt confident they could now create reports of their own without assistance, and had some great ideas about how they could apply the techniques I had shown them.

The course had been delivered in a way that allowed them to feel like they were part of a learning process that helped them to genuinely develop. Wise Owl's courses are designed and delivered in such a way that a trainee can leave the course feeling like they not only have the skills to use the software, but can go on to develop beyond the topics we covered.

Why did I become a trainer?

Seeing a trainee at the beginning of a course covered by a grey mist of confusion and lack of knowledge; and then to see that grey mist disappear over the period of the course ... is truly fulfilling, and the reason I love being a trainer.

Join me on a future course! Browse our upcoming courses for the next few weeks.