So here's a thing I didn't know (thanks, Sam).  If you've imported some data into Power BI using Query Editor, you can see the associated SQL query: 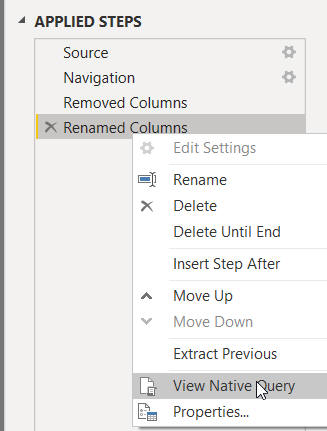 Providing that you haven't done anything too outlandish, you can see the native query for the series of transforms that you've applied.

This only works if you're loading data from a source which has a native query language, of which SQL Server is one obvious example (if you try to doing the same thing after loading data from Excel the option above is greyed out).

Here's what I got for the above example: 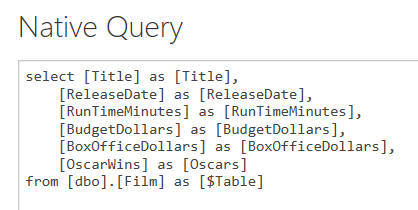 The query for the series of steps above.

When you add a new column, Query Editor sometimes manages to translate it into SQL and sometimes doesn't.  Here's an example of one which did work: 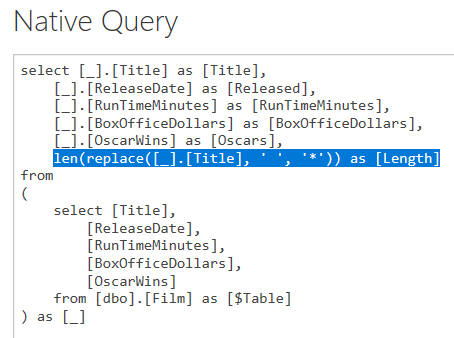 I used Column by Example to show the length of each film name, and Query Editor successfully turned this into SQL.

And here's an example of a transform which didn't work: 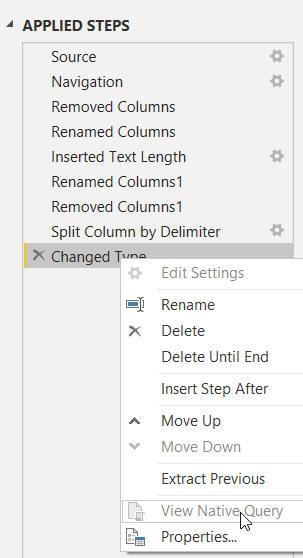 Alas, the Split by Delimiter task was a step too far, and couldn't be translated into SQL.

Whether this will actually help anyone, I'm not sure!