Which should you learn: Report Builder or Reporting Services?
Part three of a four-part series of blogs

Report Builder and SQL Server Reporting Services are almost identical - which makes the small but important differences even harder to explain.

Why Reporting Services is better than Report Builder

Although Report Builder is superficially easier to use, you'll quickly discover that actually SSRS is more user-friendly.  Here's why!

For some bizarre reason, Report Builder doesn't show any help when you're typing in expressions:

Compare this with the SSRS version below.

By contrast, the Intellisense in SSRS is very good:

Exactly the same dialog box doing the same thing, but in SSRS.

This single difference almost justifies choosing Reporting Services over Report Builder on its own!

The query designer in Reporting Services is what I'd expect to see, and is similar to the one in Access, Management Studio and Excel Query Builder: 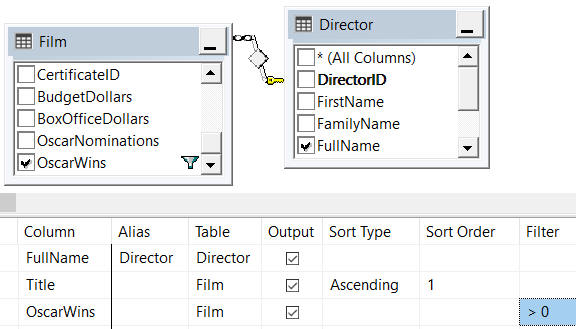 Designing a query in SSRS.

Here's someone trying to create the same query in Report Builder: 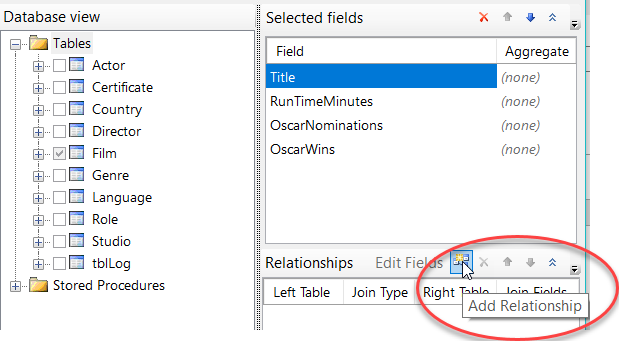 The button to add a relationship linking the film and director tables is circled.

What were Microsoft thinking of?  I've just counted, and it took 14 mouse clicks to create a link between two tables (and even then I couldn't see this link visually on screen).

Ability to work on multiple reports

Report Builder is very much a one-report package: you can only work on a single report at time.  By contrast, in Visual Studio you can have as many reports open as you like:

Here I've got 3 reports open simultaneously for editing, and can copy and paste between them.

You can see all of your reports in one go in a window called Solution Explorer: 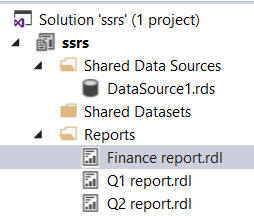 To open a report, just double-click on it.

One other advantage: you can work on a number of reports on your own computer, then deploy them all in one go when you've tested them.

Selectable objects in the Properties window

Note that there is no drop down for changing the selected item.

Here's the same window in SSRS: 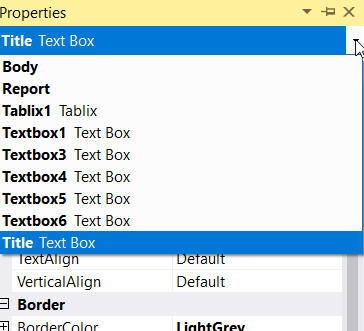 You can click on the drop arrow next to any object to change what is currently selected.

This is only a small thing, but again, it does make you wonder: why?

When you create a report in Report Builder, it comes with a couple of irritating text boxes:

The first thing I always do is delete the header and footer text boxes.

OK, I'm scraping the bottom of the barrel now - time to stop!