Outstanding course feedback
Average score 9.32 out of 10, based on 9293 reviews
If you found this blog useful and you’d like to say thanks you can click here to make a contribution. Thanks for looking at our blogs!

Which should you learn: Report Builder or Reporting Services?
Part two of a four-part series of blogs

Report Builder and SQL Server Reporting Services are almost identical - which makes the small but important differences even harder to explain.

Why Report Builder might be better than Reporting Services

This part of the blog considers why you might prefer to choose Report Builder in preference to SQL Server Reporting Services (SSRS) for your report creation.

Report Builder is a standalone product, which will appear in your programs just like any other application:

Running Report Builder is like running any other application.

By contrast, to use Reporting Services you have to run a program called Visual Studio, which you first have to install.  You then have to create a new project:

Reports that you create go in something called a project in SSRS.

You then have to choose the type of project: 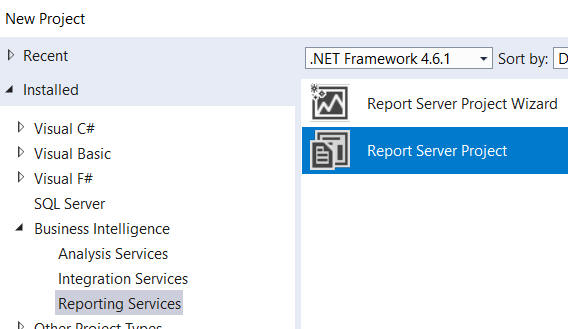 You can use Visual Studio for lots of things - including creating SSRS projects.

The main problem with the above is not so much that Visual Studio is harder to use - although it is, initially - but that you'll probably have to rely on your IT department to install it (although if you're using Visual Studio Community, this will be free).

The Report Builder interface includes a modern-looking ribbon, and is much cleaner than SSRS: 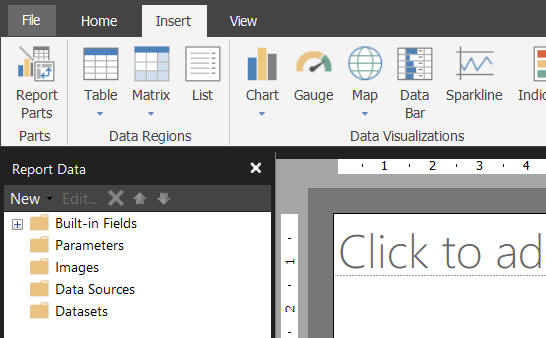 A section of the Report Builder screen.

Compare this with the SSRS equivalent: 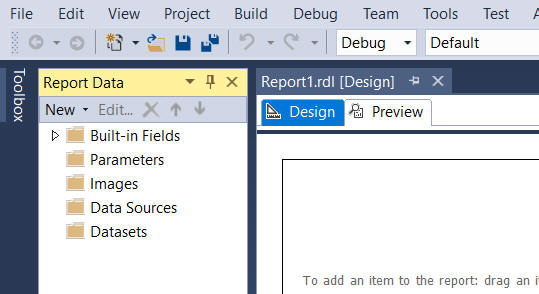 In Report Builder you can group a few things that you've added to a report (for example, a title, logo and table) and save this as a report part: 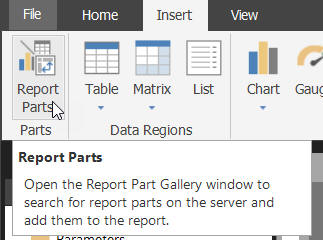 The option to create a report part in Report Builder.

However, I've never seen the point of this feature, and suspect it will be deprecated at some time in the future (in the same way that another feature unique to Report Builder, report models, has been).

Report Builder contains more wizards than SSRS.  For example, there's one to create a table: 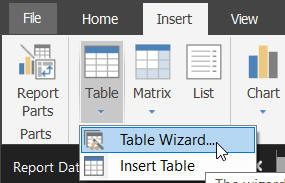 An extra way to create a table in Report Builder.

However, like all wizards these can hide what's actually happening behind the scenes, and be an impediment rather than an aide to learning.