Should you be using QT for Python as a GUI?
Part two of an eight-part series of blogs

If you need to build a GUI system in Python, PyQt5 is probably the best choice, but don't take our word for it - read this blog and see what you think.

QT comes with its own designer, although many diehard programmers prefer to write commands to position widgets on screen (see later in this series of blogs for more on this): 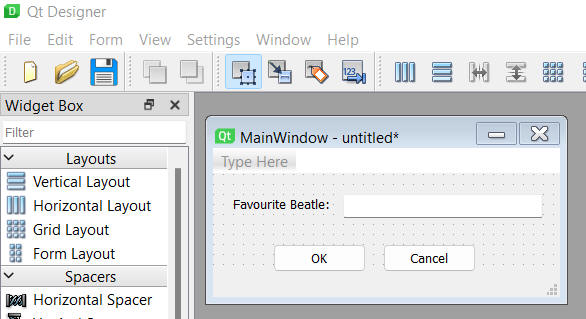 The designer comes with an Object Inspector window: 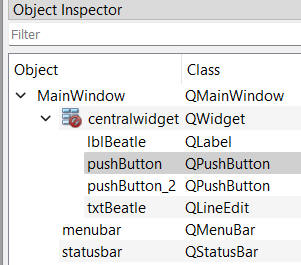 The parts of the form shown above as displayed in Object Inspector (every blank form comes with a menu bar and a status bar by default, although at the moment these will be blank). 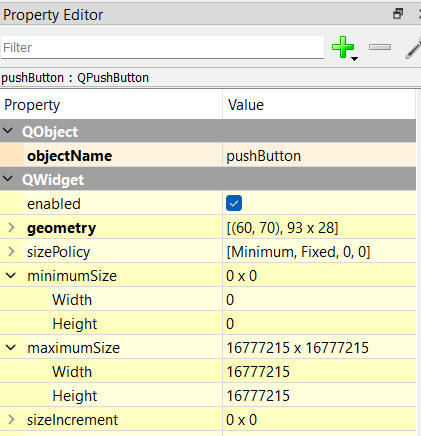 Some of the properties for the OK button in our basic form.

The other main window is the Widget Box, which allows you to add widgets (often called controls in Microsoft applications) to a form: 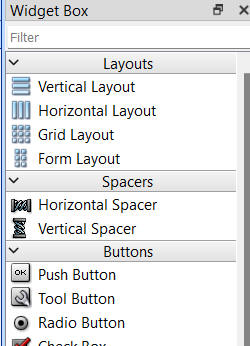 The start of the widgets for QT Designer - there are many more, as shown in the next part of this blog.

The QT Designer is straightforward to use, although understanding the behaviour of layouts is challenging!