Outstanding course feedback
Average score 9.41/10, based on our 1,809 latest reviews
If you found this blog useful and you’d like to say thanks you can click here to make a contribution. Thanks for looking at our blogs!

Following last month's announcement of our versions of Wordle in Excel VBA, Power BI and Python, here are some more to try!

Semantle - as hard as it gets

In Semantle each guess is awarded a score of 0 to 100 according to how close your guess is to the final word.  The trouble is that "close" doesn't mean close in any sense of the word you'll recognise it: 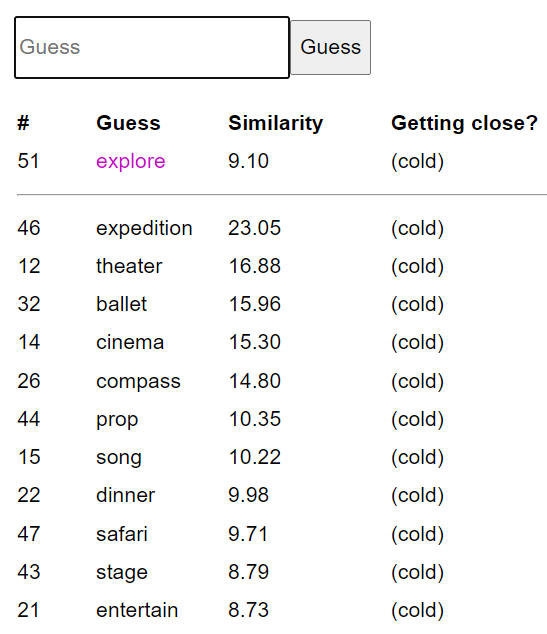 After 50 guesses it looks like I'm making progress, but I'm probably not.

Quite why theater is semantically closer to the answer than teach I don't know! 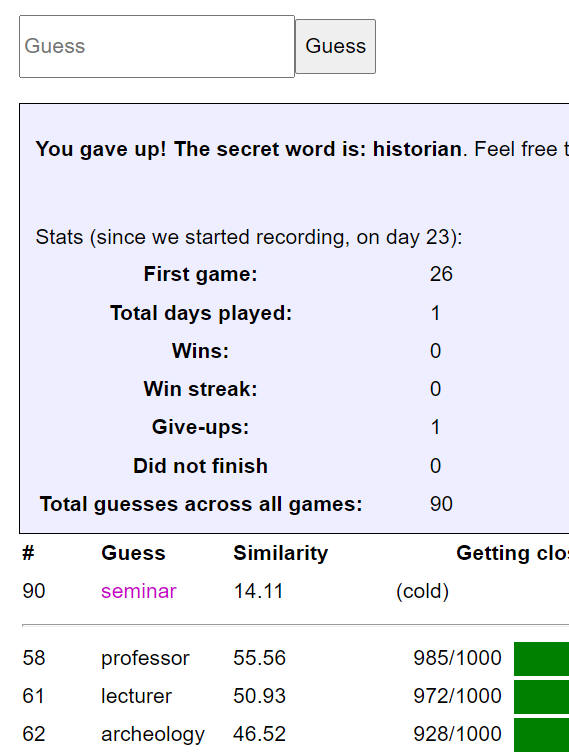 I guess the answer was fair ...

In Nerdle, each guess is a mathematically true statement: 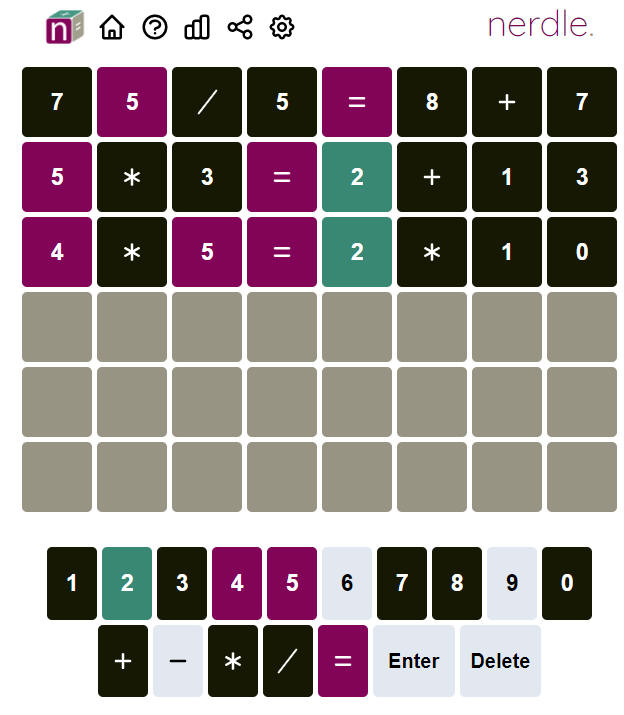 The 2 is in the right position, and the final formula definitely contains a 4, a 5 and an = sign.

If you want to guess swear words, Sweardle is for you: 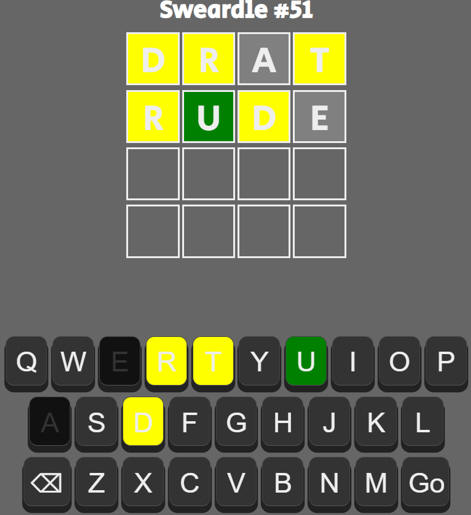 The user interface isn't as glossy (but then neither are the words).

In Worldle you have to guess the country from the outline: 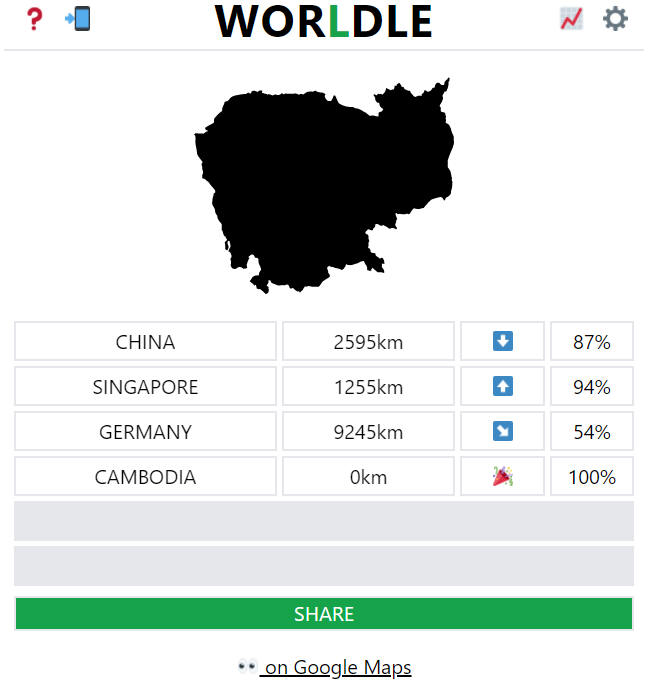 I know Germany is nowhere near China, honest!

If you want a really niche version of Wordle, Taylordle provides it: 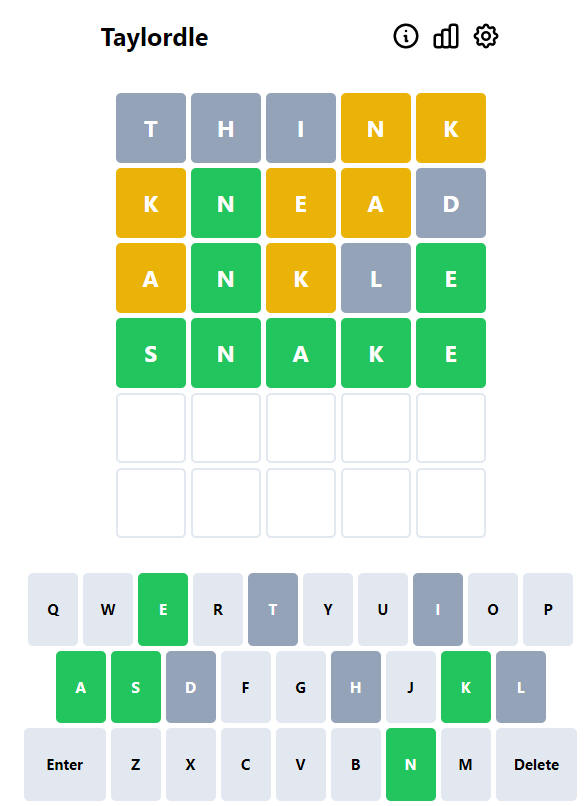 I have no idea what SNAKE has to do with Taylor Swift ... but then again I'm not a fan.

Quordle - for the purist

Out of all the games on this page, Quordle is probably my favourite.  You have to guess 4 words simultaneously: 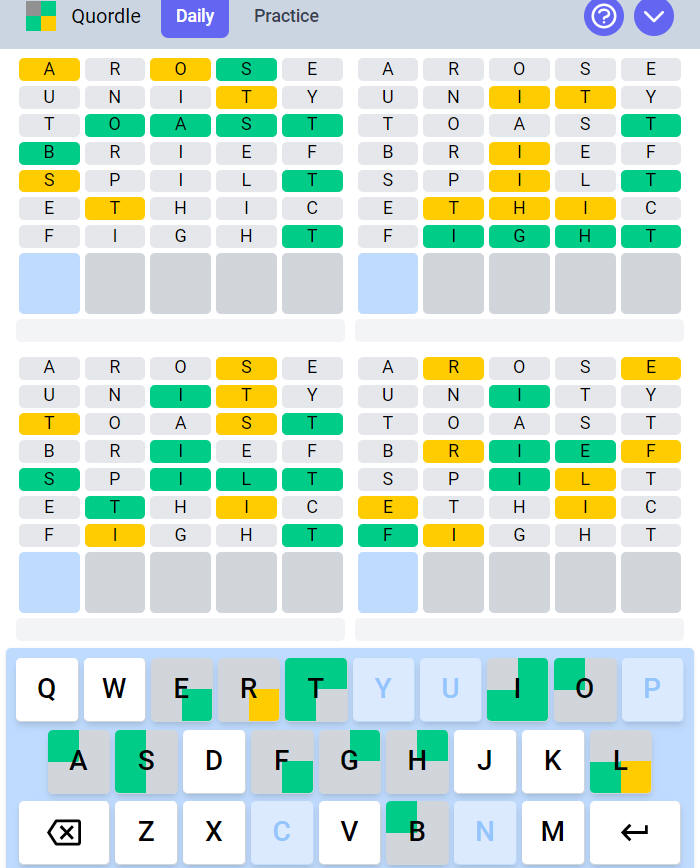 Hmm ... I just about know the words, but haven't enough guesses left to prove it.

As the game says, better luck next time: 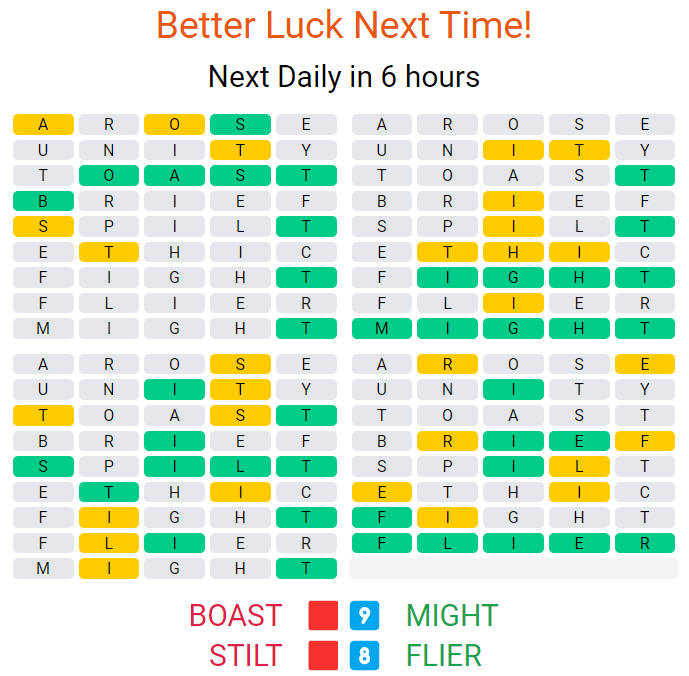 Who has time to play all these games?

And finally - a 3D printer that plays Wordle

Surely no one has gone to the same lengths as Chris Greening, who tweaked a 3D printer to play Wordle: 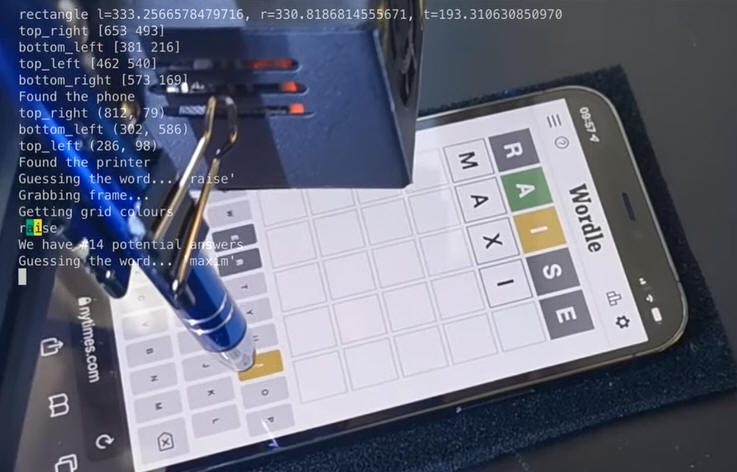 Watch this video to find out how you too can get a robot to play Wordle for you.

Here's hoping that this is the last Wordle blog I'll ever write!  Unless someone manages to integrate Wordle with the Times crossword ...