There are places I'll remember …
Wise Owl have come a long way since we started in a basement in Chorlton-cum-Hardy 30 years ago. We thought we'd retrace our steps …

You can see a summary of our 30th anniversary nostalgia (and celebrations) here.

There are places I'll remember ...

Wise Owl is a bird that has been around a bit.  It began life in a cellar in Hartington Road, Chorlton-cum-Hardy: 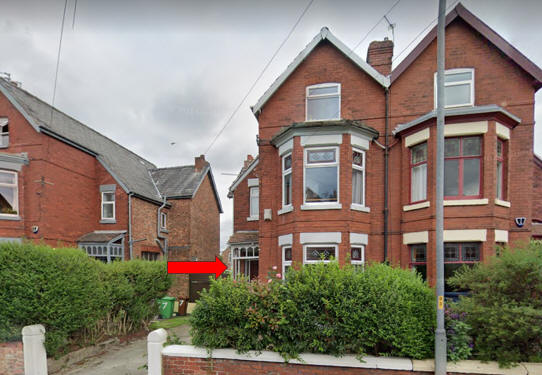 The red arrow shows our daily commute. You can read about what life was like in the basement in Jenny's blog.

We then bought our first house, and worked in the basement there for a while (more memories of cold and darkness!), before renting The Stables next door on Hope Road: 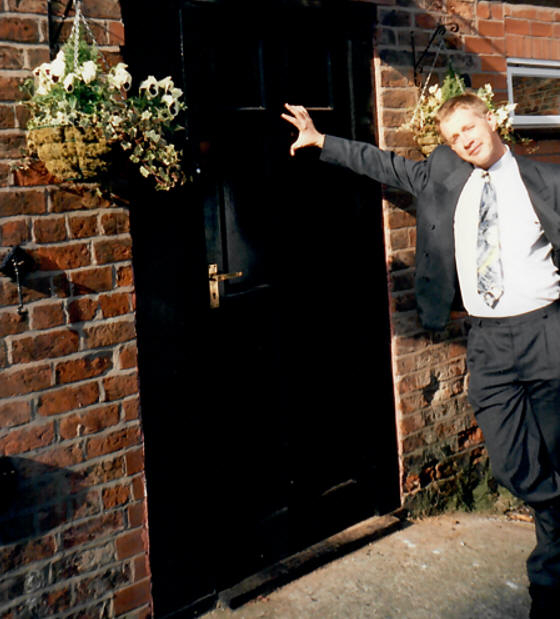 It looked good from the outside (unlike me - could I look any more crumpled?), but was a bit cramped inside.

We then got our first dedicated office, which we also used as a training centre: 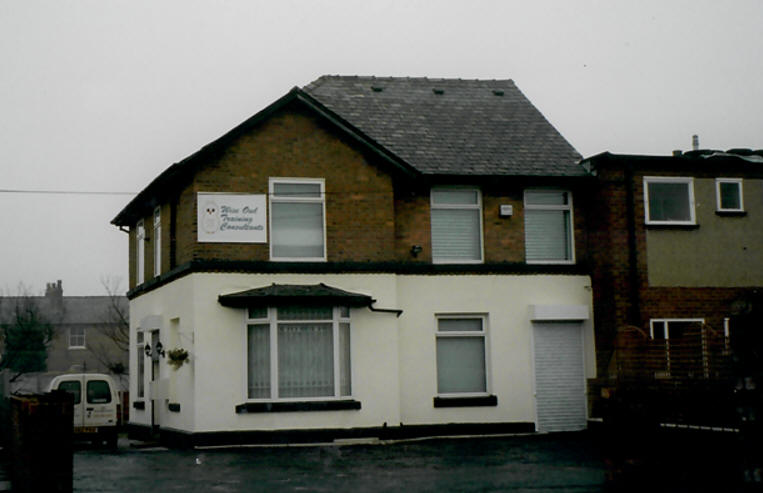 Our office in Britannia Road, Sale.  In retrospect this was a terrible mistake, one of the worst we've made: it was too big, cost a fortune to make usable, was in the wrong place in an industrial estate and had a noisy garage next door!

We then moved to Gorsey Brow in Broadbottom, where we worked in the separate garage (not quite in the photo here): 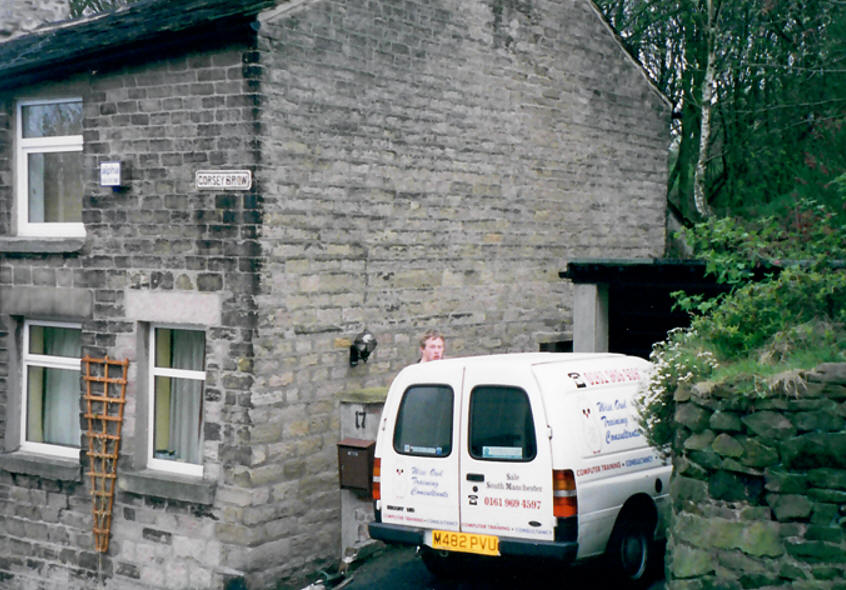 You can just see the start of the garage, which we converted to an office.

We then moved to a house in Marple Road, Charlesworth, where we worked in an office downstairs for a while: 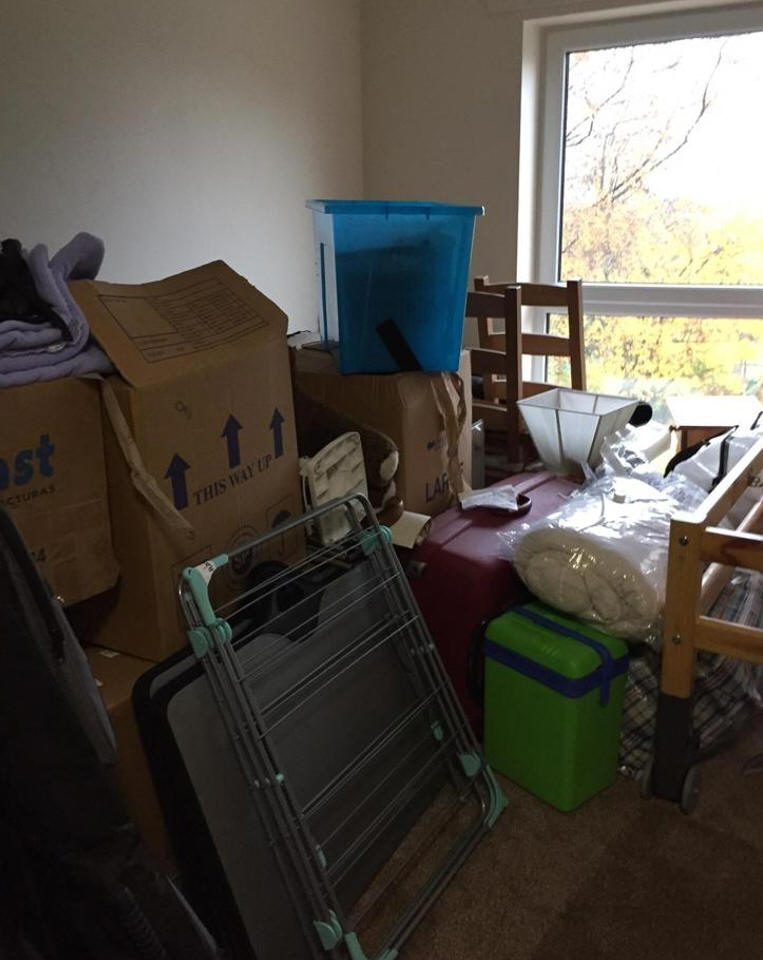 In fairness this was taken shortly before we moved out, after a flood (we had to move lots of stuff into this room to keep it dry). It shows that space was a bit cramped with four of us though.

In the early noughties we then took a big step into an office of our own called Potters House in Dinting, where we worked for many happy years:

The office was owned by Ron Hene, who many locals will know as the former owner of Lancashire Chemicals.

We then had an interesting few months working in an industrial estate while we waited for our office to be redeveloped: 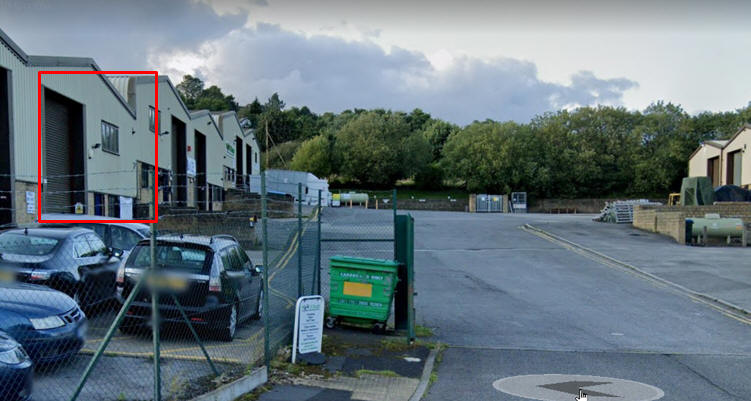 The industrial estate near Tesco in Glossop - we had the unit shown in the red box. My main memory was dodgy electrics, huge cold spaces and flying a remote control helicopter in the loading bay (the only thing we used this for).

And finally, we moved to our current office about 5 years ago, where it seems likely we will stay for a long time: 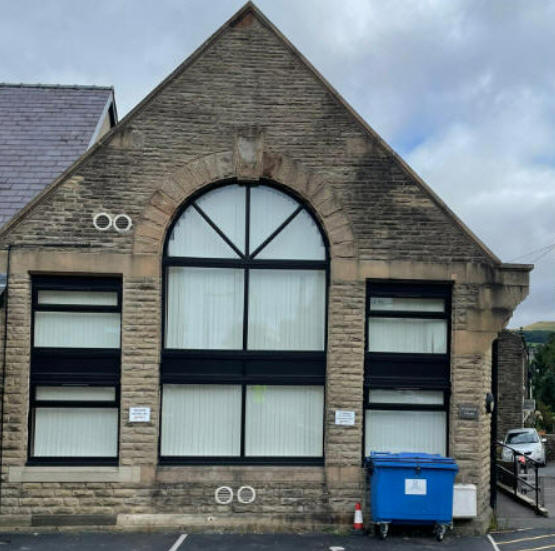 Kingsmoor, Hadfield, where I sit reminiscing (bottom left corner as you look at it!).

It's been a long journey!