A trip down memory lane - remembering the last 30 years
Much has changed in the 30 years Wise Owl has now been in business - and nowhere more so than in the software that we teach. Take a trip with us down memory lane to remember past applications!

You can see a summary of our 30th anniversary nostalgia (and celebrations) here.

A trip down memory lane - remembering the last 30 years

Many of the screen shots on this page have been taken from WinWorld, an "online museum dedicated to the preservation and sharing of vintage, abandoned, and pre-release software".

The very first computer training course I ever gave (with Wise Owl, or anywhere for that matter) was in DataEase (for DOS naturally): 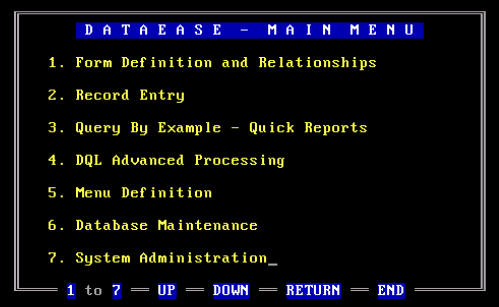 Happy memories - I seem to remember Ctrl + F10 did something important.

The big player in those days was WordPerfect 5 - memories of function keys, anyone?

How many can you remember?

Jenny and I used to while away romantic hours testing each other on our knowledge of WordPerfect 5 function keys: to this day I can still remember some of them.

I can still remember so many macro sequences: /rnc, for example, called up Range / Name / Create.

Even when we started, the days of DOS were numbered.  I remember Jenny showing me Ami Pro and being blown away by it: 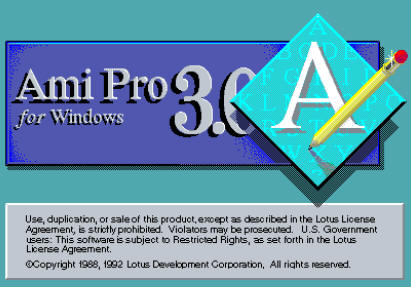 We did a fair amount of training on Lotus Approach: 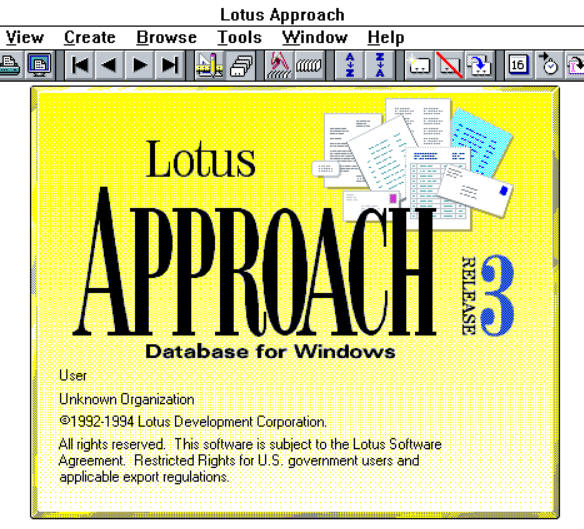 I used to love teaching Lotus Approach because it was so unintuitive to pick up, but (fairly) easy to follow once someone explained the rules.

Then in 1994 Microsoft released Access 2.0, the first usable implementation of the database software that they still sell today as part of Microsoft Office (initially distributed on 7 floppy disks).

Like so many other Microsoft products, this blew the competition away.

Researching this made me remember two things which you don't get nowadays: piles of installation floppy disks everywhere, bound together with rubber bands, and well-thumbed instruction manuals which you relied on absolutely for help (there was no StackOverflow then, or even an Internet).

The first glimpses of modern software

Excel 5.0 was launched in 1993, and significantly was the first version to include the VBA macros programming language.  Almost everything else in computing has changed, but we are still running courses on VBA 30 years later! 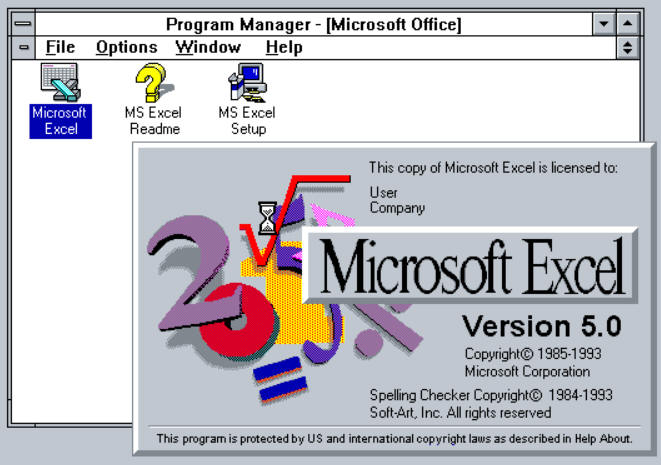 It may look different, but the VBA language was the same!

Perhaps the first glimpse of modern software came with Office 2007, the first to use the ribbon:

The Word 2007 ribbon is still recognisably similar to the Word 365 one in use today. 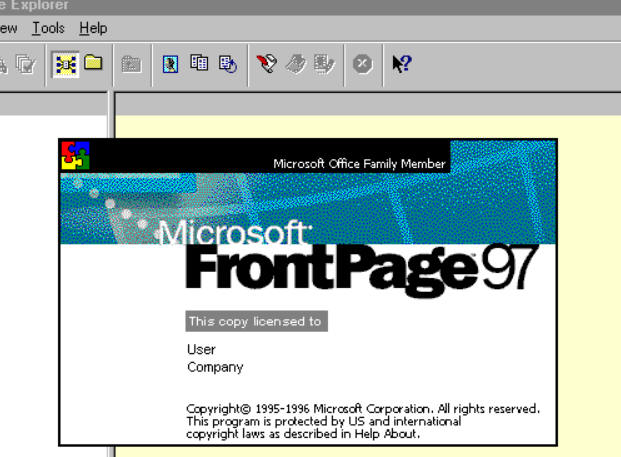 This gave me my introduction to websites!

I used this to create our first website (we also gave courses in FrontPage):

I'm a tiny bit embarrassed about this - I still remember being thrilled that the images on the menu on the left changed when you hovered over them.

Eventually Microsoft retired FrontPage and we stopped training people in it, although we continued training in ASP.NET for some time (and still use ASP.NET MVC for our website to this day).

I remember having many conversations with Jenny 10 or even 20 years ago about whether there was any future in computer training, now that software was becoming so easy to use.  Soon, surely, everyone would just speak to their computer, giving it instructions?  Experiences like this taught me that I'm a terrible clairvoyant, but here's to the next 30 years of training people in whatever software applications those clever people at Microsoft (and other companies) think up!