9 interesting facts about emojis to lighten your day
Do you know why World Emoji Day is held on July 17th each year? Or how to see the world's emojis being tweeted in real time? Or that Microsft are trying to resurrect Clippy the paper-clip as an emoji? These are just 3 of the 9 fascinating facts explained in this blog!

9 emoji facts to lighten your day

To celebrate World Emoji Day (see below!), here are 9 things you probably neither knew about emojis nor wanted to know!

Saturday 17th July was World Emoji Day this year, as usual.  The date was chosen because it's the one shown on the calendar emoji on IPhones:

When I read this, I didn't believe it - but sure enough, this is what my IPhone shows!

2 - The original emojis were tiny

Shigetaka Kurita is the man who was tasked with designing the first set of 176 emojis, using a 12 x 12 grid of pixels (although there's some debate about whether Softbank may have had an even earlier set of 90 emojis).  Here's how small this is, to give you an idea of the constraint he was working under:

My attempt at emoji design using the original constraint.

3 - You can see emojis being used in real time

The amazing Emojitracker website shows emojis being used in tweets in real-time (there's a warning at the start that you shouldn't use the site if you suffer from epilepsy, as it updates so frequently!):

The most popular emojis of all time are shown at the top.

You can click on any of the numbers to see live tweets using that emoji: 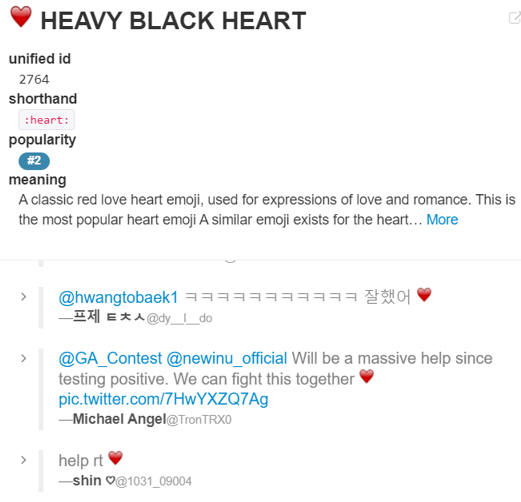 The second most popular emoji in use (the tweets update too fast to be read!).

4 - The derivation of the word "emoji"

I had always assumed that the word emoji was so called because the ubiquitous symbols are used to show emotion, but it turns out that this isn't the case.  The word is actually derived from two Japanese symbols, according to Science Friday.  This one:

This is the Japanese character for "picture".

The Japanese icon for "character".

In 2015 Oxford University Press declared the following emoji to be their word of their year for both the UK and US: 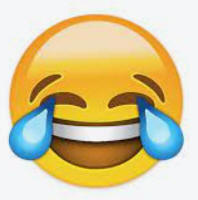 Emojipedia (the go-to resource for emoji information) lists these as possible new emojis for 2022: 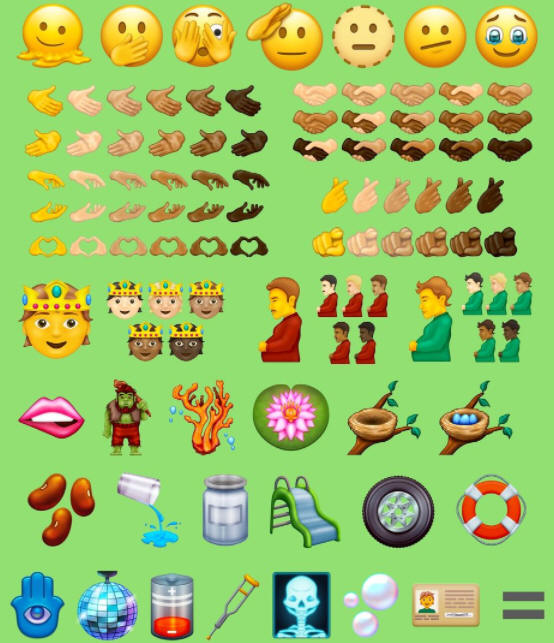 Not all of these emojis will make the cut, and final designs may vary!

You can see a list of the main Unicode emojis (excluding ones with variations of skin tone) here.  The poo emoji is - pleasingly - listed at number 100:

Just some of the different types of poo on the Internet!

8 - Microsoft are threatening to create a Clippy emoji

If you're a certain age, you'll remember these immortal words:

This "assistant" popped up in Word - it was so irritating that Microsoft swiftly killed it.

Microsoft have threatened to resurrect Clippy if their tweet gets 20,000 or more likes, but it's already got over 175,000: 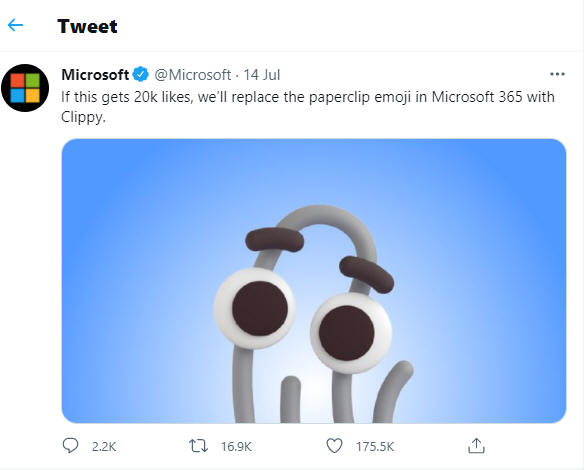 9 - Men and women use emojis differently

According to the (very!) in-depth survey from Brandwatch:

Curiously, the survey is silent on which gender uses the eggplant emoji more.

A PS: if you use Power BI, you can easily add emojis to your reports, as this video short shows.