What to do when you get red squiggly lines in SSMS and no Intellisense
Normally when SQL Server Management Studio underlines words with what Microsoft call "red squigglies" it's because you haven't refreshed your local cache, but it could also be because of a recent bug - here's how to get round this!

Recently I had a strange encounter in SQL.  No, this isn't the start of a romance novel. Instead it was this: 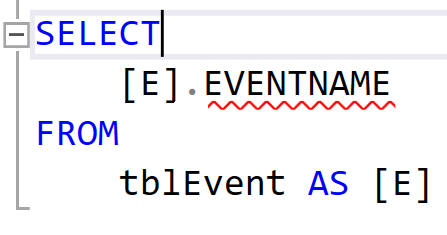 Notice that the error is only showing for the column and not for the table. The code runs but thinks the column doesn't exist.

The first thing to check is that the local cache has been updated to include new objects via the Edit menu. 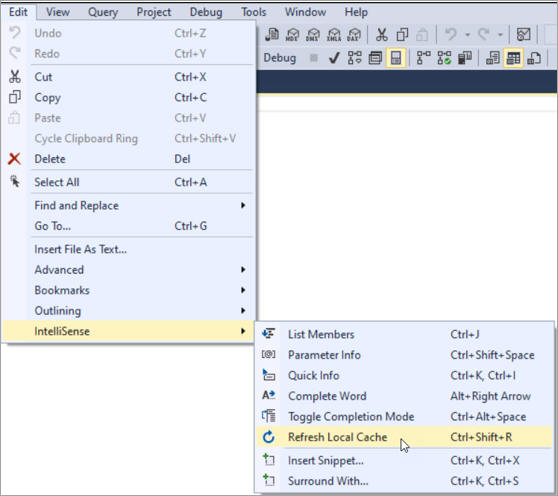 The fact that the table was not underlined made me suspect this wasn't the problem.

Next I tried restarting the SQL services, restarting SSMS and even the computer - all to no avail. 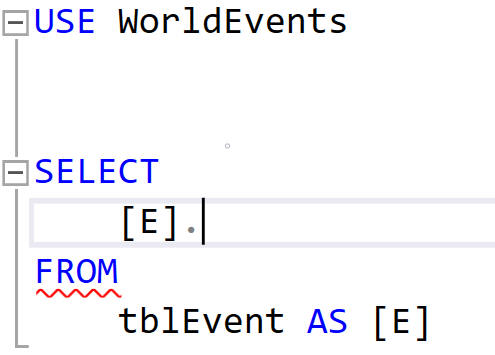 The code would run but the Intellisense would not show the columns - and still the underline appeared.

It was by pure happenstance that my colleague Andrew had updated his version of Management Studio only days before. The latest patch notes described exactly the issue:

This isn't the first time an issue like this has reared its ugly head. However Google-ing the issue yielded no direct references.

One quick update later and the issue was gone! You can get details of the bug fix and update here.