ZoomIt: zoom in/out and draw on screen in meetings

How did I not know about this?  ZoomIt is a utility written by current Microsoft employee Mark Russinovich to make presenting easier.  Here's an example of how.  Power BI allows you to create reports, but the icons for creating visuals are titchy: 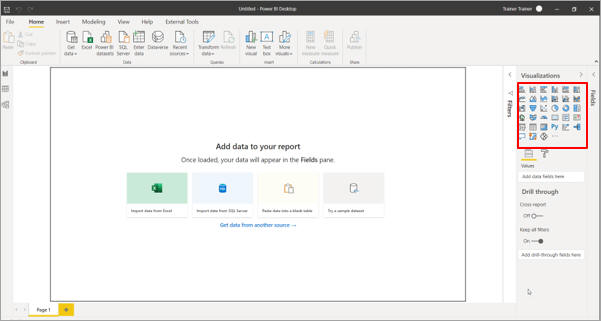 The visualisation icons shown boxed on the right are often hard to see.

Invoke ZoomIt by pressing Ctrl + 1 (or whatever short-cut key you assign to it), and you'll be able to zoom in: 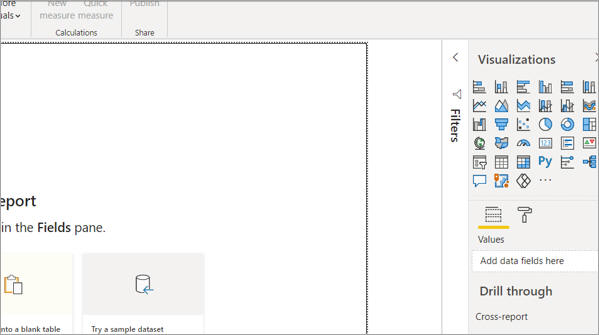 The same screen as the one shown above, but zoomed in.

Still not clear?  You could draw on screen: 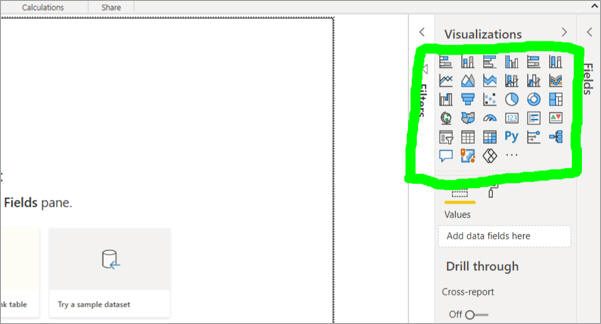 You can draw neat rectangles, but I decided not to!

Still not quite clear?  You could always add an arrow and some explanatory text: 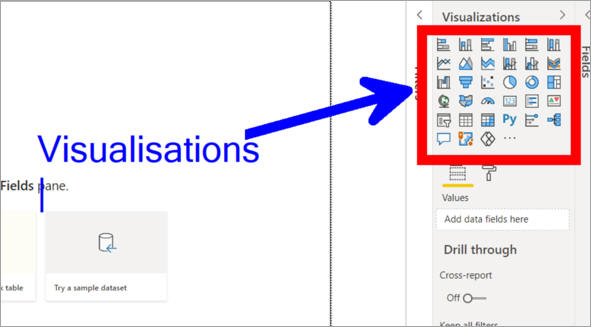 Now it's hard to miss what I'm trying to say!

When you've finished you can just press Esc to lose anything you've done and revert to normal screen view.

So it's like drawing on screen in PowerPoint, but you don't have to have PowerPoint open, and you can start or stop with a single keystroke (plus you get to be able to zoom in and out in any application just by using your mouse wheel).