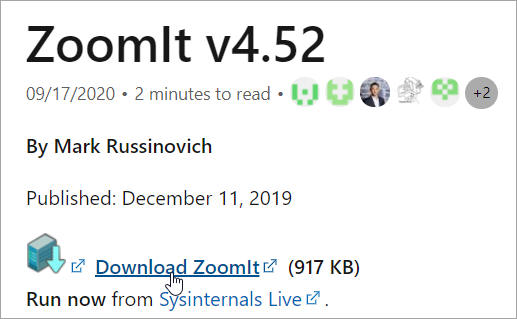 Choose which version you want to install:

Most people will want to install the 64-bit Intel version (ZoomIt64). If you have an AMD chip, you'll want to run ZoomiIt64a, however.

I then got this message, which I confess I ignored: 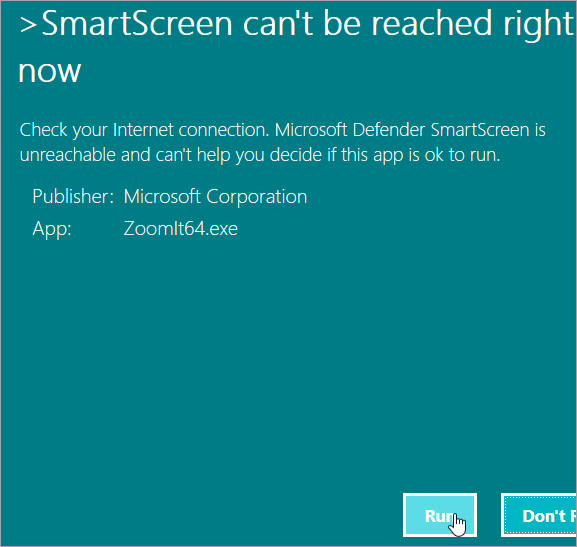 When you install any third-party app you take a risk, particularly one which is as closely linked to the operating system as ZoomIt. I've done some due diligence and will take my chances.

The fact that the author of ZoomIt (Mark Russinovich) is now Chief Technology Officer of Microsoft Azure also gives me reassurance!

ZoomIt is installed - silently - so that the first thing you see is the ZoomIt options dialog box (see below for ideas on how to use this). 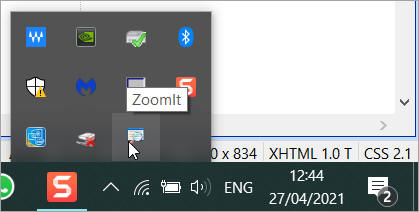 I had to click on the little arrow to bring up a list of all of the programs accessible from my system tray.

To change your options, select this: 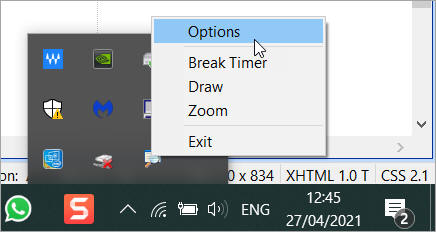 I made the following changes: 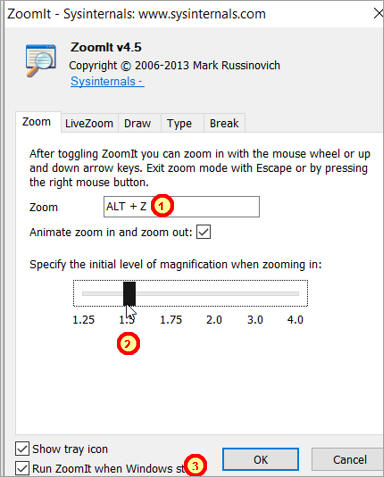 See below for the numbered changes I made.

The steps above were:

Feel free to explore the other tabs of this dialog box for other configuration options (although I've found the ones above suffice for me).