What happens when you blend the pieces from two different jigsaws?
Vancouver-based artist Tim Klein has used the fact that many jigsaws are based on the same template to create some truly weird and wonderful composite images.

You will never see jigsaws in the same light again!

I've been a jigsaw fan ever since doing Jig-Maps as a young boy: 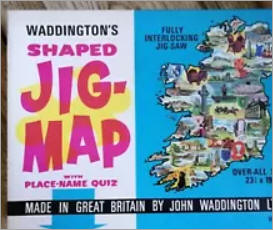 I also like podcasts.  A recent edition of the BBC's Boring Talks podcast combined the two, as the presenter Anya Driscoll documented her passion for jigsaws.

My favourite fact: 1000 piece jigsaws usually actually contain 1026 pieces, with 38 rows and 27 columns.  I also never knew that there is a world jigsaw championship: you can watch some of the competitors in action on a video on their website (the soundtrack appears to be in Spanish, sadly).

It turns out that many jigsaws use the same cutting template (so in effect they are identical apart from the picture displayed).  Mel Andringa (a performance artist and playwright, among other things) first came up with the idea of combining pieces from different puzzles to create his own menages, but it's the work of Vancouver-based former computer scientist Tim Klein which I find truly captivating - and disturbing. 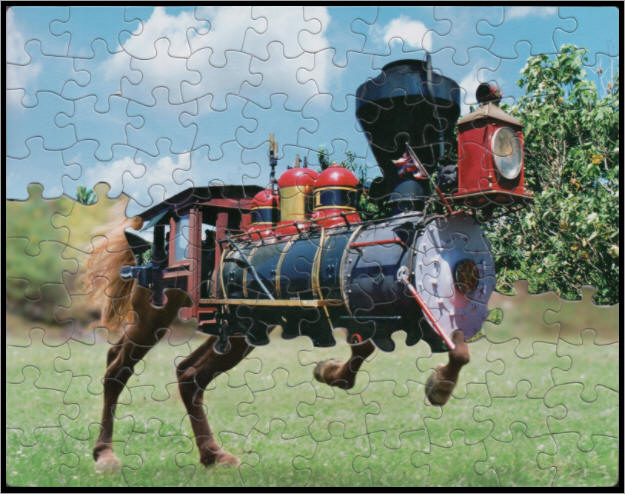 Some of them are just weird: 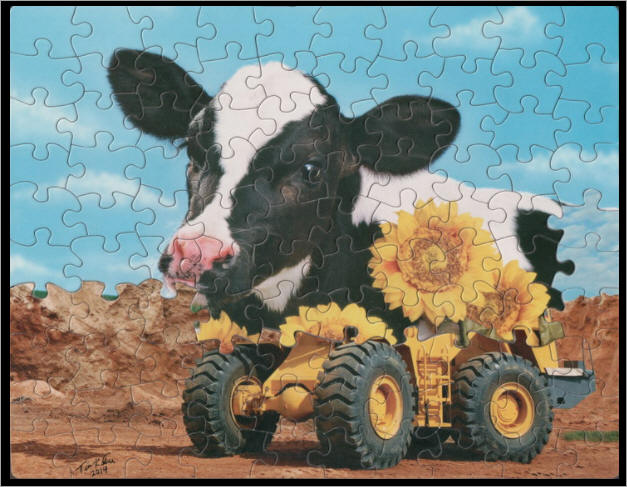 How the West was won - © Tim Klein 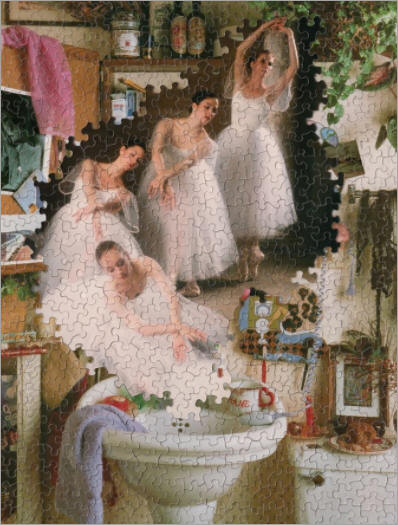 The dance of the bathroom-cleaning fairies - © Tim Klein

Some carry a message: 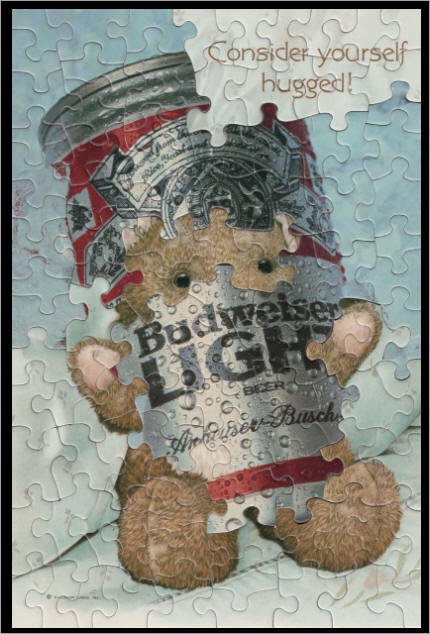 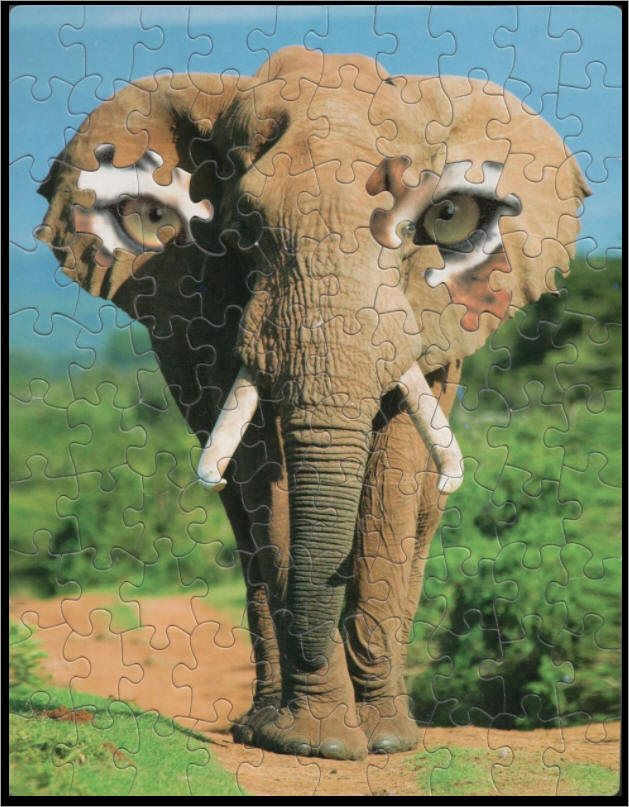 There are tens more on Tim Klein's website - take a look (you can even buy copies to hang on your wall).