Microsoft have released a new SQL editor, called Azure Data Studio (ADS); it was initially called SQL Operations Studio, apparently.  ADS runs on Windows, Macs and Linux, which as far as I can see is it's only real raison d'être.

Apart from anything else, I can't see what the Azure Data Studio program which runs on your desktop has to do with the Microsoft cloud-based Azure platform. 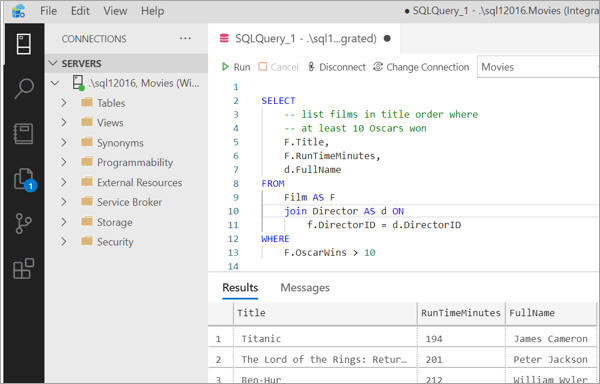 Users of SSMS will recognise this!

Here's the equivalent diagram in SSMS: 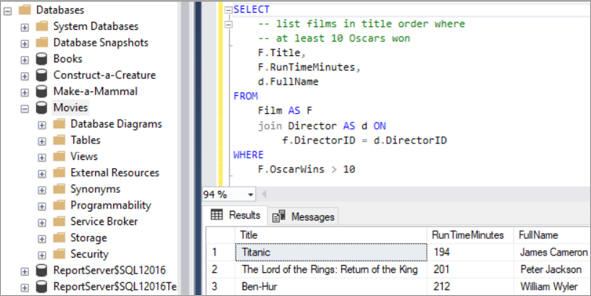 The same query in Management Studio.

New save options in ADS

You can save the results of running a query to more places in ADS:

On the right-hand side of the screen are these icons, allowing you to save your results to a CSV file, Excel file, JSON file, XML file or chart.

I wouldn't get too excited about the chart option:

This feature is so primitive, it's hard to believe anyone will find it useful!

As the diagram above suggests, you can install a host of Visual Studio extensions.  Here are a few of them: 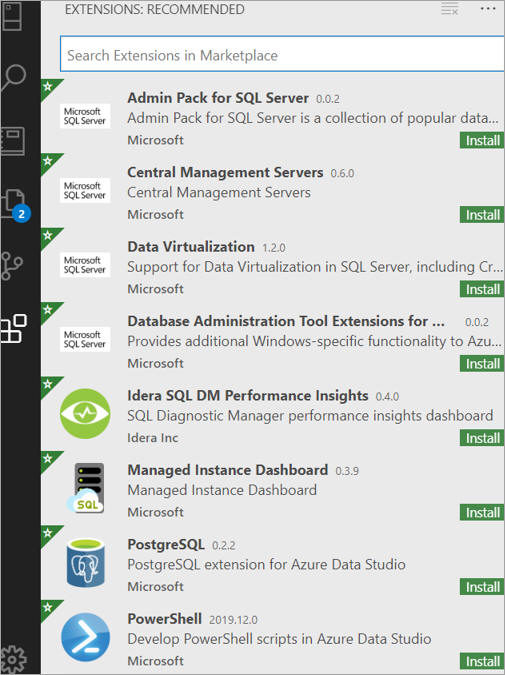 You can choose to use another language (I noticed Korean listed when I scrolled down, for example), or a different SQL dialect such as Postgres.

The best thing about ADS is that you can create snippets.  For example, suppose you want to select some data but can't remember the command.  Type in the SQL prefix to see this:

ADS shows snippets for all of the main things you can do in SQL.

Now double-click on the option shown to get this:

I can see that this could be useful!

I like the code snippets in ADS, but wonder why Microsoft couldn't just have added them into Management Studio.  I don't really see the point of releasing a separate application designed to mimic the functionality of an existing program, but with less features.

I'm not the first person to wonder this, as this Reddit thread shows.  Azure Data Studio is - as far as I can see - a pale echo of an existing program which works perfectly well as it is.  Microsoft's rationale is to create a lightweight (it only takes up about 400 mb) program for people who just write queries, which will run on any operating system, but it still feels like a project looking for a justification to me!