Using Excel VBA to Label Multiple Series in a Chart
This follow-up article to a previous blog describes how to label the data points in multiple series in Excel using VBA.

You can read the original blog here.  In addition to blogging furiously, we also run courses for businesses in both Excel and VBA.

Using VBA to Label Multiple Series in a Chart

A while ago I wrote a blog describing how you could use VBA in Excel to label the data points in a scatter chart.  Recently someone asked a question about how to adapt the code I created to label more than one series in the same chart.  Here's the problem we're trying to solve: 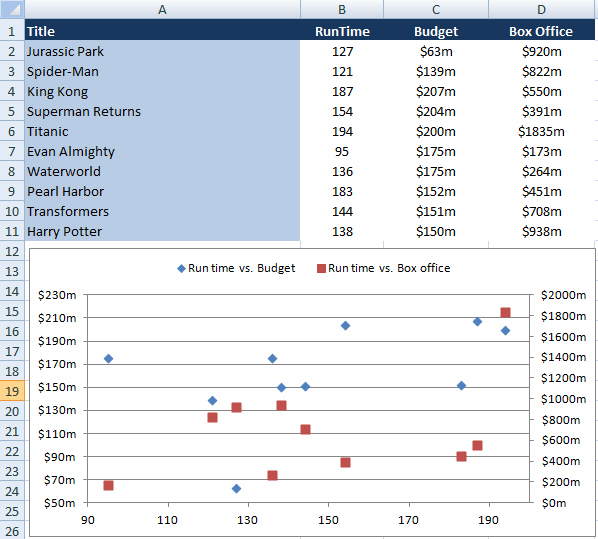 The Code to Solve the Problem

The key to this solution is looping over each data series for every data point that we want to label.  The code below will work for any number of data series that the chart contains:

'variables for looping over chart objects

'variables for looping over cells

'variable to keep track of number of films

'loop over each data series and enable data labels

'loop over each cell in the list of source data

For Each SingleCell In FilmList

'loop over each series in the chart

'change the label text to be the film's name

The end result of running this code is that each data point in the chart will be labelled: 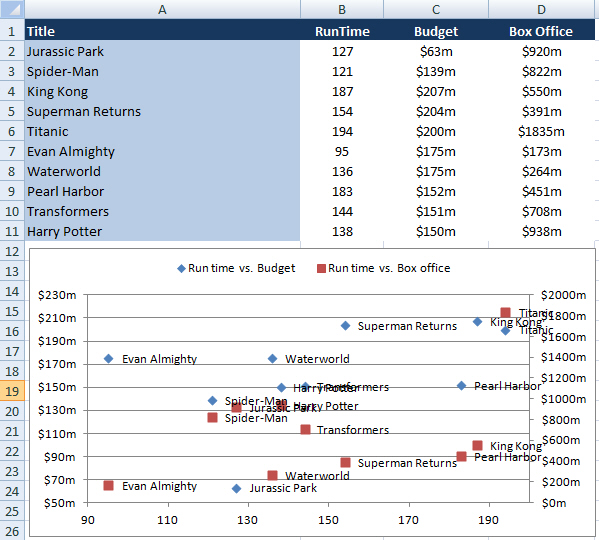 Each data point in the chart now shows the name of the film that it represents.

You can download the completed example for this blog.