Create a new package called Stop Baking, and add a variable to it:

This variable will hold the number of GBBO series.

Add a data flow task to read in the rows from the workbook in the above folder, and count them using a Row Count transform: 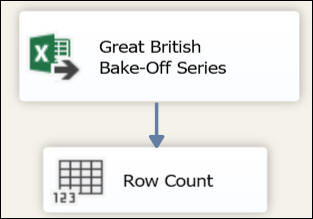 Count how many series there have been, and store the results in your NumberSeries variable.

Now add a script task to check the value of this variable: 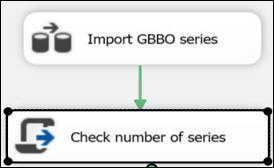 You'll need to pass the NumberSeries variable to your script task.

The script task should display one of the following two messages, depending on whether the total number of series made is up to 10 or more than 10:

Add another row to your workbook and check that you then get a different message, then close your package down.