Outstanding course feedback
Average score 9.41/10, based on our 1,809 latest reviews
If you found this exercise useful and you’d like to say thanks you can click here to make a contribution. Thanks for trying our exercises!

Create the following data flow task to read films in from the above workbook, and set a flag called IfAcceptable to divide them into into two groups: 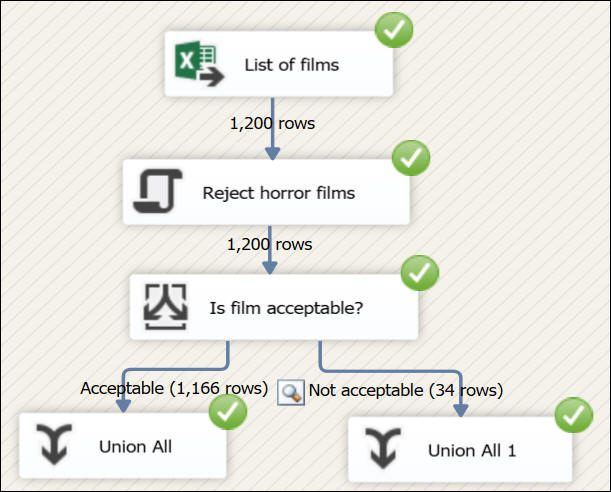 If you're successful you should get 34 unacceptable films. Notes follow below!

To determine whether a film is successful or not, use a script component to set the value of a boolean column called IfAcceptable according to the following rules:

The thinking behind this is that overlong, horror or Twilight films should never be made ...

Here's a fragment of code to nudge you on your way (for conducting the third test).  The ToLower() function ensures that we won't have any case-sensitivity problems:

When you've finished, close your package down.