The folder above contains 6 files:

The permanent base file is there to ensure that SSIS always has something to find during the validation phase of your package.

Create a package called Open most recent file, and within this create this variable:

Note that your folder path will be different.

Create a data flow task to read in data from your permanent base file: 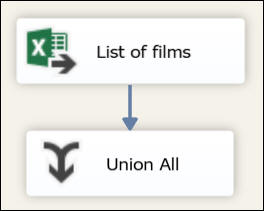 Use a data viewer to show what you've loaded from the Excel workbook.

Tell your Excel connection to gets its path from the FilePath variable that you've created:

Set the ExcelFilePath to be the value of your variable.

Create a script task to loop over all of the files in the permanent base file's folder, working out which one was last changed, and setting this file's path into the FilePath variable at the end of this script.

Even for an experienced programmer this isn't that easy.  The script you could use is shown below - it's up to you whether you refer to it!

Make a small change to one of the files in the folder at random.  When you run your package, it should load data from this workbook.

Here's a script that you could use:

// get the current file path

// initially there is no file to use

// get a reference to this folder

// loop over all of the files in this folder

// ignore base file, since this is accessed & updated during

// the validation stage, even though it's never used!

// if this is the first file, set it to be the one

// to use (subsequent files may replace it)

// if this file was modified since the currently

// considered one, change the latter

// update the file to be used

When you've finished, don't forget to close down your package.