Outlining grouped data in Reporting Services 2008 should be straightforward: you just set the ToggleItem property of rows, and away you go! Unfortunately this owl can't get this to work - along with a lot of other people it seems - so we offer this solution.

Getting SSRS 2008 R2 Outlining to Work

In theory it should be fairly simple to create outlining in Reporting Services 2008 R2.  Initially you should see just the group headings:

Initially all groups are collapsed

When you click on one of the + icons, SSRS should show the full section: 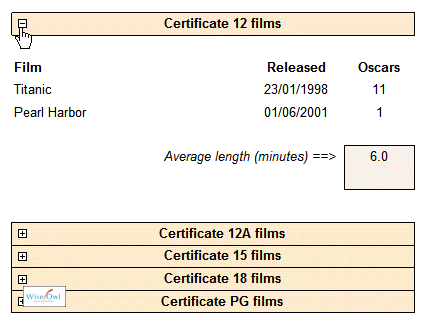 Programming nirvana! But how to get this to work?

The answer is much harder than it should be!  You'll need to create a report, apply outlining and then change the report's static items, as described in the rest of this blog series of articles.