Differences between Analysis Services 2012 and 2008 R2

SQL Server Analysis Services 2012 is both completely different and almost exactly the same as its predecessor version, 2008 R2.  This blog will explain this enigmatic statement by summarising the main differences between the versions!

When you create a new project in Analysis Services 2012, you can now choose to create either a multi-dimensional model or a tabular one:

See below for what the first and third options signify.

Multi-dimensional models are what SSAS has used since it first came out - so if you've built dimensions, hierarchies and cubes in previous versions, this is what you've been using.  Tabular models, by contrast, use a derivative of the PowerPivot Vertipaq engine, and will be more familiar to users of relational databases.

If you're starting out afresh with SSAS, do yourself a favour and use the new tabular model.  If you have a background in relational databases (as you surely will) it's MUCH easier to understand and use, and the underlying DAX language is easier to learn than the multi-dimensional MDX equivalent.  Better still, use PowerPivot within Excel and avoid Analysis Services altogether!

While the tabular model in SSAS is (obviously) completely new, the multi-dimensional one has barely changed since version 2008 R2.

New software, although you wouldn't know it

Microsoft have completely rewritten Visual Studio 2010 based on the underlying WPF platform, but the end result is that it works in the same way and looks the same.  Fore example, here's a cube in Visual Studio 2008 (SSAS 2008 R2): 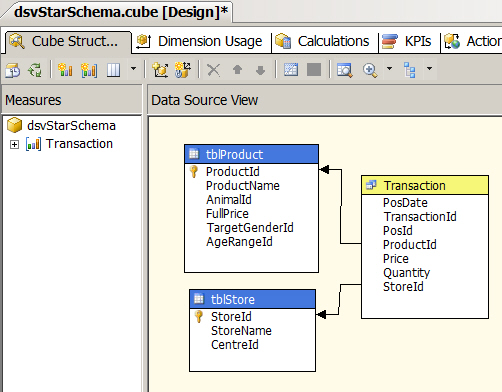 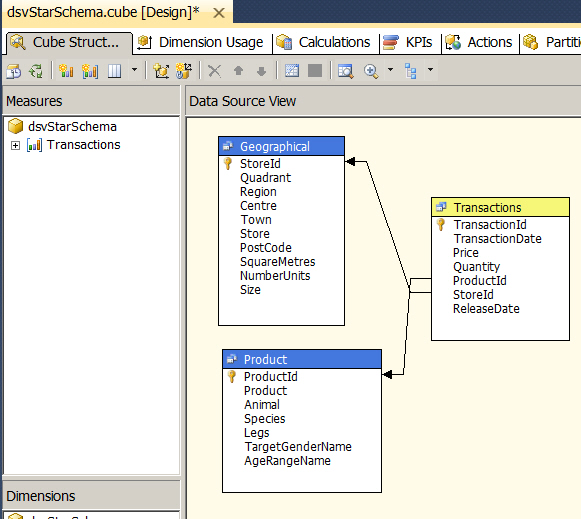 A similar cube, this time in Analysis Services 2012

Spot the differences?  I can't!

The rest of this blog shows the differences between multi-dimensional models in 2008 R2 and 2012 - there aren't many!

The good news - the LocaleIdentifier bug has gone

The solution was always to choose a language for your cube.

This feature no longer seems to be a problem in Analysis Services 2012.

The bad news - the cube browser has gone too

In Analysis Services 2008 R2, when you browse a cube you see something like this:

Sadly, OWCs are now deprecated, so this is what you see in Analysis Services 2012: 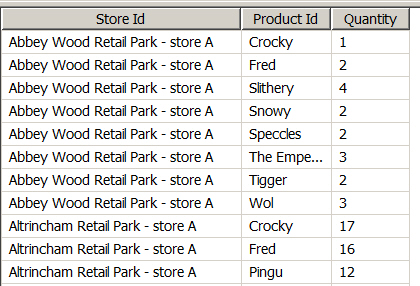 It's not quite the same, is it?

This means that to see your cube in any meaningful way you'll have to analyse it in Excel - although you do get the chance to see the generated MDX for it:

Design mode allows you to see the MDX for any cube.

One other feature which used OWCs (and hence has been removed from 2012) is the ability to chart data or create pivot tables in data source views.  First the good news: 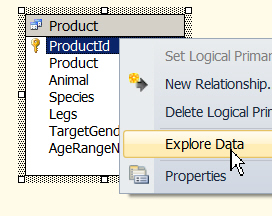 In case you're wondering what you're missing, here's a screen shot from 2008 R2: 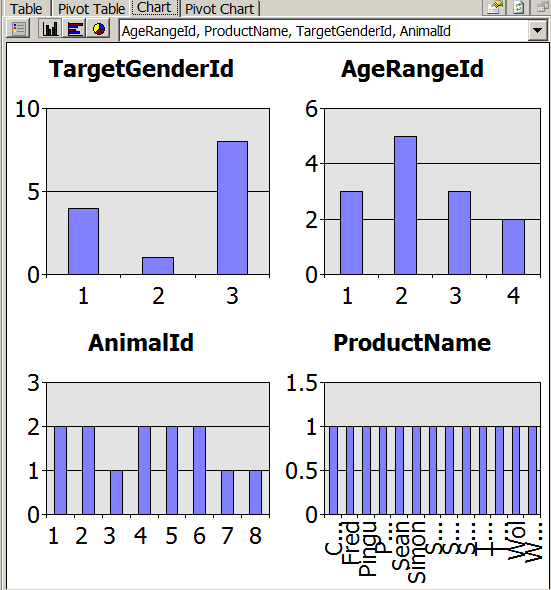 You could also analyse data using a pivot table or pivot chart in the previous version of Analysis Services.

And as far as I know, those are all of the changes for multi-dimensional models in SSAS 2012!  (There are name changes too: the Unified Dimensional Model is now called the Business Intelligence Semantic Model, for example).