If you're wondering whether to upgrade to Integration Services 2012, or just want to know what differences there are between SSIS 2008 R2 and 2012, this blog should help you!

Difference 2 - How Variables are Treated in SSIS 2012

Quite why it looks like a blue eraser I'm not sure!

This makes it easier to display a list of the variables that you've created.

Also, SSIS 2008 R2 creates variables scoped to the task you have selected (since you can't then change this scope, this can be annoying).  In 2012 the default variable scope is - more sensibly - to the entire package, and you can subsequently change this.

Variables are easier to choose in many places.  As one example, here's the Row Count task in SSIS 2012:

Compare this with the 2008 R2 equivalent: 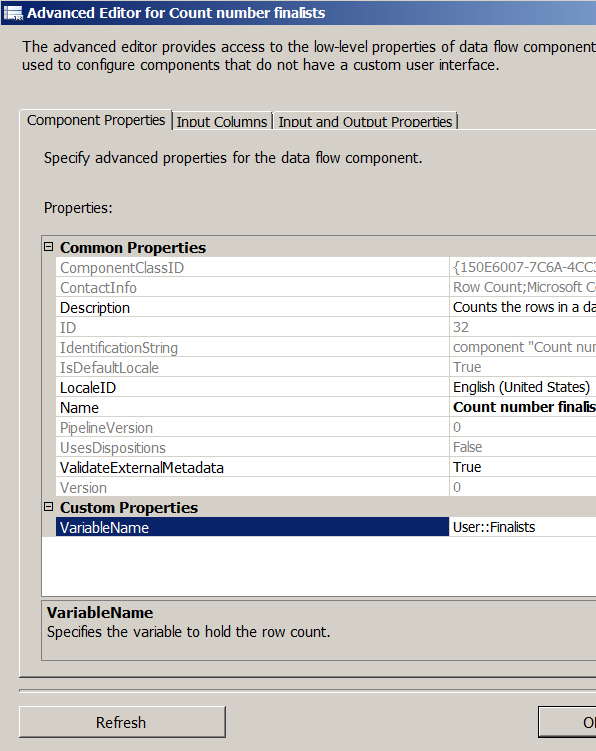 Again, none of the above changes makes any difference functionally, but taken together the changes do make 2012 nicer to use than its predecessor.

Staying with this theme, let's now look at how 2012 groups tasks together to make them easier to find.