Excel 2013 contains radical changes to charts, pivot tables and the user interface. This review explains all the new features of Excel 2013

As always, Microsoft have changed the Excel icon for this new version:

When you try to create a new workbook or first load Excel, you can see the way the wind is blowing: 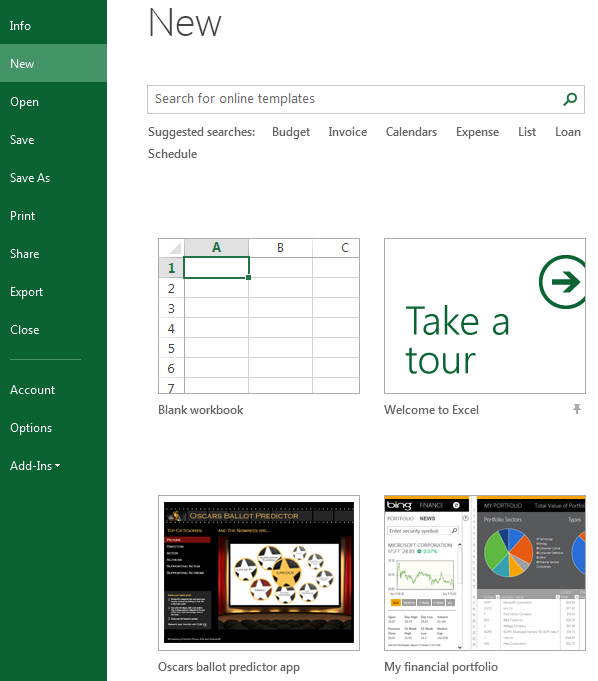 You can choose Blank workbook to create a new Excel file.

I've got to admit, I don't like the general look of Excel:

Hate those menus in CAPITALS!

A particularly horrible feature (this isn't going to be a negative review; I really like Excel 2013 in general!) is impossible to show in a screen shot:

When you click on another cell, it's isn't selected immediately; instead, the cell selector slides towards it. Some animation makes sense; this one doesn't.

There is now a sensible little icon for adding a new sheet:

What a sensible idea!

In general, however, I don't think the large amount of money Microsoft probably spent on redesigning the user interface was money well spent.

Except it probably was.  The look-and-feel is called Metro design, and its main purpose is to make Excel usable on tablet computers with touch screens.  Lose that mouse!

Having looked at first impressions of Excel, let's now look at changes to how you can work with files in Excel 2013.