Why you should develop systems in WPF, not WinForms
Part five of a eleven-part series of blogs

We think - cautiously - that WPF is a better platform for client tool development than Windows Forms. This blog gives 10 reasons why.

4 - Styles are Much Better in WPF

Perhaps I should have put this as reason number one.  Suppose that you want all buttons to appear the same: 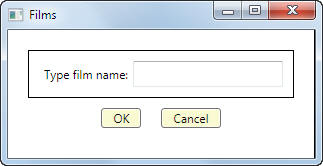 Both buttons have the same margins, padding and background colour.

I can't think of an easy way to achieve this in WinForms.  In WPF, you'd just create a style:

The styles for the buttons shown above.

Although style syntax is very different from CSS, WPF styles work the same way.  You can even create something called resource dictionaries (similar to CSS style sheets) allowing you to change the appearance of forms instantly.

You can also create named styles in WPF (so some buttons could look different from others), and inherited styles (so a button could look similar to all others, but with one additional tweak).