The Scratch programming language and Code Clubs
Volunteers throughout the UK are helping to run code clubs, teaching 9-11 year olds the basics of programming. Find out more!

In a previous blog Andrew (no relation) introduced Small Basic, a version of Visual Basic aimed at children.  Now the MIT Media Lab have gone one stage further, and developed a programming language which is closer to colour-by-numbers than to hard-core coding.

Even the icon is different!

Here are some examples of programming in this child-friendly language.  Want to create a variable?  That'll be the orange-coloured instructions: 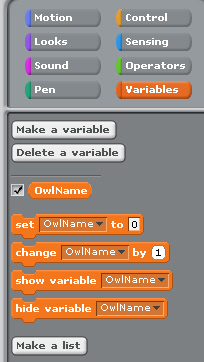 Having created a variable called OwlName, you can drag any of these instructions into your code.

Scratch programs (or scripts) would have C# coders turning in their graves (or resetting the values of their rotational parameters): 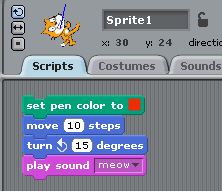 Different types of instructions show up in different colours.

Having created a program (or project), you can share it with the world: 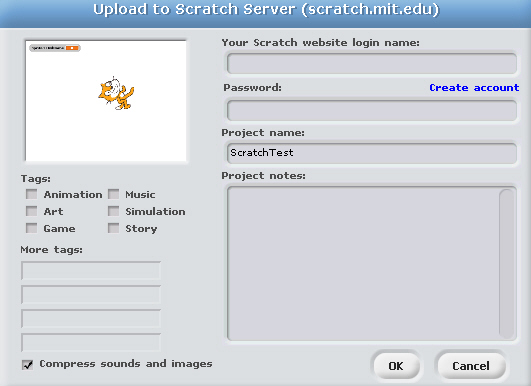 The dialog box for sharing a project online.

Code Clubs are (as they are succinctly described on the Code Club website) "A nationwide network of volunteer-led after school coding clubs for children aged 9-11".

So if you're worried your Johnny (or Jeannie) isn't up to scratch (excuse the pun) on VB or C#, you could enrol him or her in a code club.  Whether you're a volunteer, school or parent, there are clear instructions on the website showing how to get involved: 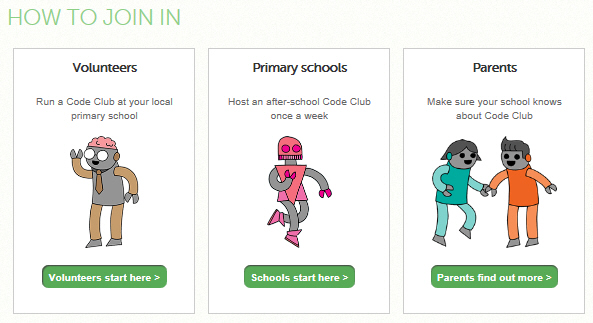 You can click to say whether you're a volunteer, school or parent.

Lessons start using Scratch (as above), but progress onto other languages after the first term.