The great British beard-off - how Wise Owls lose weight
Sam and Shaun want to lose weight, and have pledged to cut off their prized beards if they don't meet their targets. You can see the beards, the terms of the contest and updates on their progress (and even join in if you like!) at this blog.

Sam and Shaun (2 of the 7 Wise Owls - many readers will have been on one of their courses) decided last November that they wanted to lose weight.  The agreed that whoever hadn't met their targets by next February would have to shave their beard off.

This target date has now been put back to April, apparently - backsliding?

(*) This figure was revised upwards by 2 kg when Shaun found that he was taller than he thought he was!

And here's the memorable moment when the contest began: 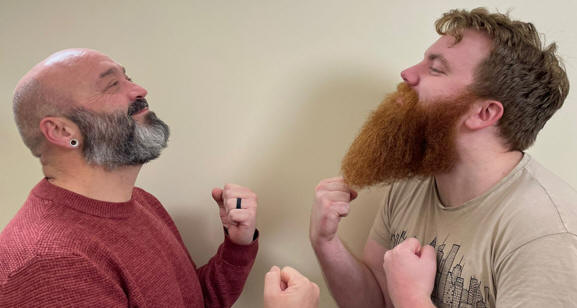 The beard-off begins: which face will be clean-shaven in the Spring?

The person who loses less weight will also have to get a tattoo done.  This can be anything: the only stipulation is that it must contain the winner's name.

As of the last week in February, here's their progress to date: 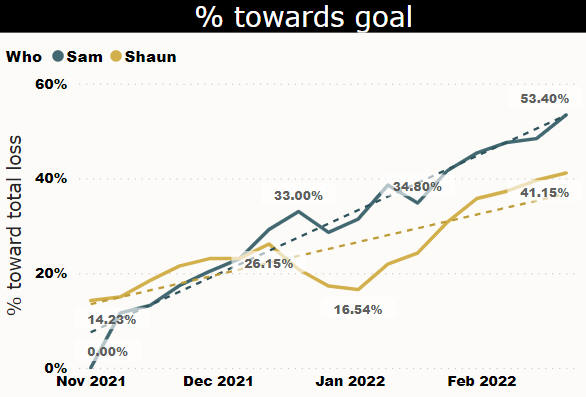 As an independent observer, I'd say that not only is Sam doing better, but he's being more consistent too! 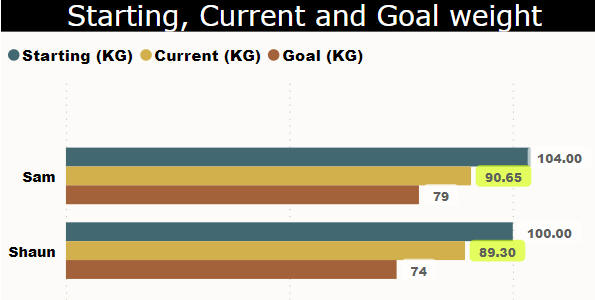 This is a pretty awesome achievement from both camps: losing over a stone and a half (as I think of it) in body weight.

Feel free to send any messages of encouragement to us, and we will pass them on!