First impressions of Windows 11
Windows 11 has a nice clean interface, a few minor new features like snapped layouts, and above all seems to run appreciably faster than Windows 10.

Greater love hath no man for his readers, than that he risks installing Windows 11 on his laptop before Microsoft recommend it.  This blog summarises the results!

For those who just want a quick summary: Windows 11 is easy and quick to install, has a clean interface and seems to run appreciably faster (at least on my laptop) than Windows 10.  Read on for more details!

Microsoft will be recommending a free Windows 11 upgrade to anyone with a legitimate copy of Windows 10 at some stage over the next 12 months.  Here are two useful links:

For my Dell Precision 7760 laptop, the installation involved two stages:

I was asked no questions, and when the process finished after one restart I was free to use Windows 11, and to date have had no problems with it.

After wondering my Start button had moved to (more on that in a second), Windows 11 leaves me with two impressions.  It's cleaner to look at, and it seems to run significantly quicker!

To be honest I wasn't expecting any speed difference, and am surprised by this, although Microsoft do suggest that Windows 11 should run more quickly than Windows 10.  I suspect the difference might be even greater if I turned off MalwareBytes (which I may do, as Windows 11 has much better security built in to it than Windows 10).

Here are some of the changes you'll notice.  Windows now have rounded Mac-style edges:

The new windows are nicer to use, although this update won't change your life.

The taskbar is now centre aligned at the bottom of the screen:

There are also two new icons on the task bar: one for displaying widgets (see below for what these are), and one for initiating a Teams chat.

My desktop icons are clearer, I'm sure:

These used to have fuzzy outline text, which I could never get rid of - they seem much more sharply-defined now.

Folders and files in Explorer are more spaced out: 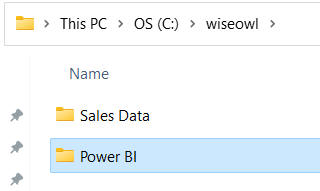 Although you can obviously now see less icons on a screen at a time, the ones you can see are easier to distinguish.

Easily the best thing - you can now click on the minimise/maximise icon to choose a layout for apps (you have to hover over the icon first): 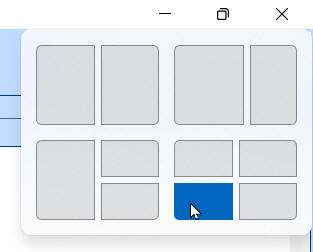 Here I'm going to dock this program in the bottom left corner of the screen.

It'll take a while to get used to this, but I love it!  No more holding down the Windows key and pressing the right/left arrows to dock programs on the screen.

Microsoft's obsession with widgets continues (although that's just a personal view - I always turn them off): 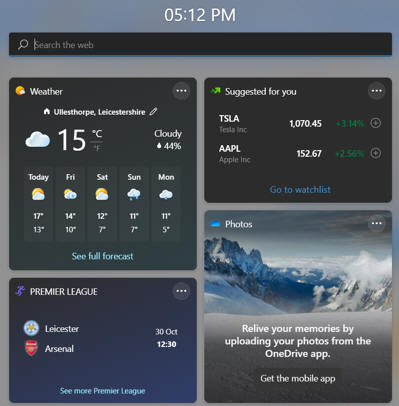 Power Automate is built into Windows: 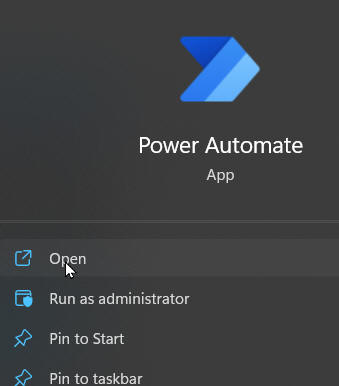 After you click on the icon the first time, it runs through a quick update process before being usable. 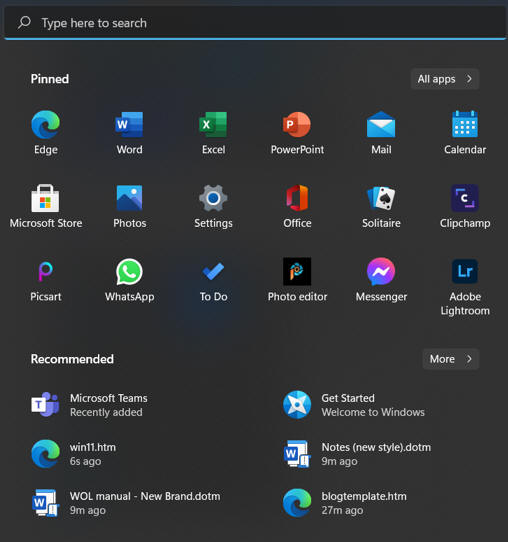 I'm probably a "power user" of Windows, and in particular I regularly use a screen capture package called SnagIt, which is usually the software canary in the coalmine when it comes to roll-outs of new programs.  So far though I've only seen one difference, and I've found a way round that:

Previously you could open another copy of a program by holding down the Shift key and clicking on the taskbar icon.  You now seem to have to hold down Ctrl and Shift.

My final thoughts: Windows 11 is quicker and nicer to use than Windows 10 and I love the snapped layouts, but I suspect that these minor improvements won't justify the risk of the early upgrade for most people.