Outstanding course feedback
Average score 9.43/10, based on our 2,064 latest reviews
If you found this blog useful and you’d like to say thanks you can click here to make a contribution. Thanks for looking at our blogs!

This month's update sees the launch of small multiples, a range of new dynamic format properties and the roll-out of sensitivity labels.

This exciting feature is now integrated into Power BI! 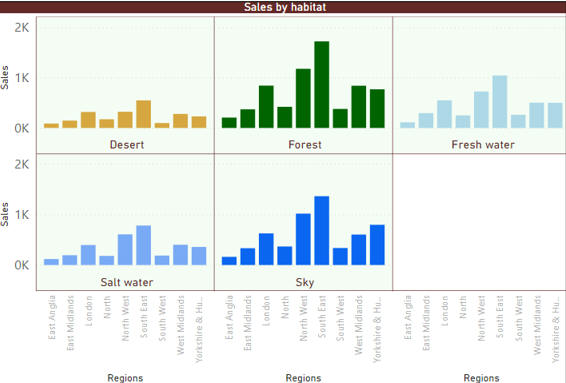 Small multiples allow you to show the same chart for each value in a dimension (so here we're comparing sales by region for each of 5 habitats).

The above screen-shot shows that small multiples look better if you have a non-prime number of small charts (6 charts would have looked much better, as we wouldn't have the strange empty bottom-right space). 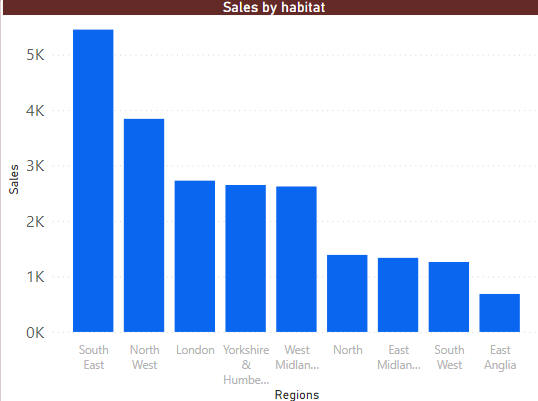 Make your chart quite big - in a moment it will have a lot of little baby charts to show!

Drag the field whose value you want to compare for each small multiple onto the Small multiples field well card: 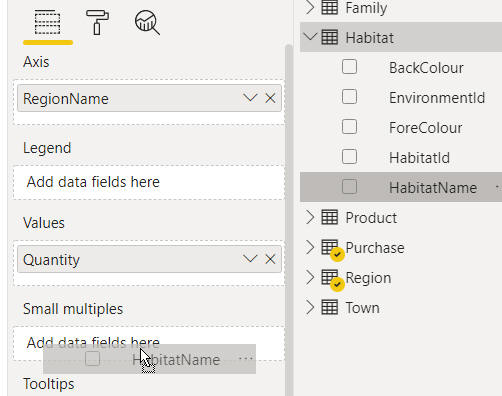 Drag a field into this area of the field well.

Choosing the number of charts per row/column

Our chart has 2 rows and 3 columns.  To set how many charts will appear in your small multiples grid, change these options: 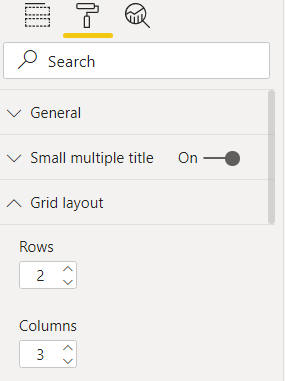 In the Grid layout card, set the number of rows and columns. Any unused "boxes" will be left blank.

Repetition of axis titles and labels 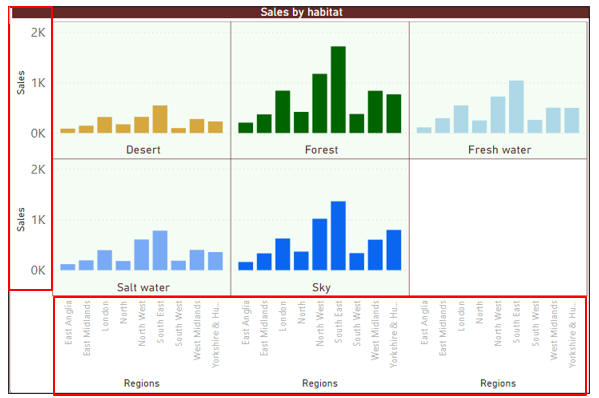 The axis titles and labels shown in the red boxes above are NOT part of your small multiples; they're part of the containing chart visual.

Small multiples look better (I think) with the titles below each chart: 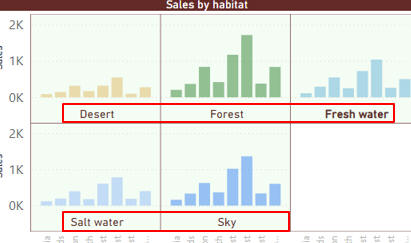 Here we've moved the titles below each chart.

It's easy enough to move your titles:

In the Small multiple title formatting card, choose where to position the titles for each mini-chart.

You can control how small multiples appear using more options on the Grid Layout formatting card:

Most of the options control how (or whether) lines between the small multiples appear. By setting the inner and outer row and column padding to 0, as here, no other colours show through apart from the background colour you set for each small multiple.

You can set conditional formatting for the background colour of small multiples in the usual Power BI way: 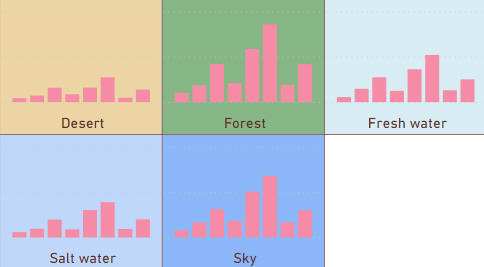 Here the background colour of each small multiple has been set to the value of a field in the Habitat table.

However, if you then try to customise the colour formatting of the data series (shown in red in the screen-shot above) you seem to lose the conditionally formatted background colours.

The sort menu includes any fields used by your visual, including (for example) any measure that you've created and added as a visual tooltip.