There are two tiny changes in the March 2021 update - X-axis constant lines and a couple of tweaks to DAX - but still the big logjam of changes remains in preview.

Frustratingly, everything exciting which was in preview last month (and the month before for that matter) is still ... in preview: 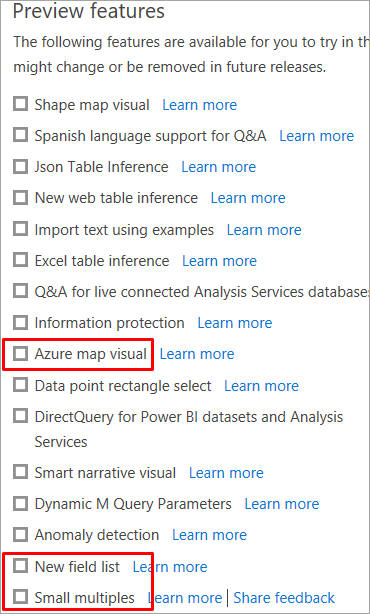 Soon you'll be able to use the Azure map visual, view all field lists in a consistent way and create grids of charts comparing different values from the same dimension ("small multiples"). Soon ...

In addition to the above features, the new Power BI model view is still also in preview (you're still prompted to turn it on whenever you view the relationships in your model).

This leaves us with the following meagre list of changes for this month:

Probably the most exciting update, however, isn't in Power BI Desktop, but can only be found in Power BI Service: the ability to create flow diagrams for Power Query Online, which is surely a harbinger for the way Power Query itself is going.