An update on those wretched kittens

You may remember that we (Andy and Jenny) invited people to help name our kittens, Annie and Neo.  It's been 6 months, and the world is in desperate need of more cat photos - so here's an update.

I think it's fair to say that Annie isn't the most intellectually gifted cat.  She relies on her undoubted good looks to win favour (a strategy which, sadly, works). 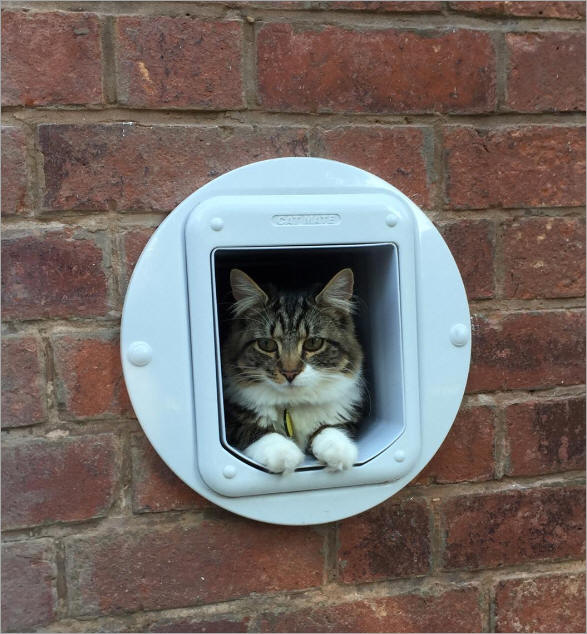 Having finally worked out how to use the cat flap, here's Annie wondering whether to brave the world.

Neo is more independent.  He likes being picked up, but strictly unfolded, and likes nothing better than to rest his paw on your hand while having his tummy stroked. 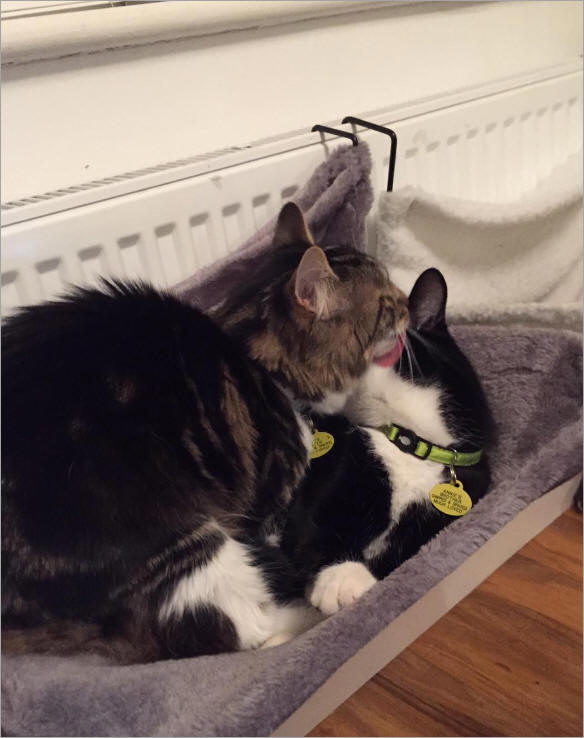 The wonders of chipped cat flaps

We finally got our new cat flap installed - here's why: 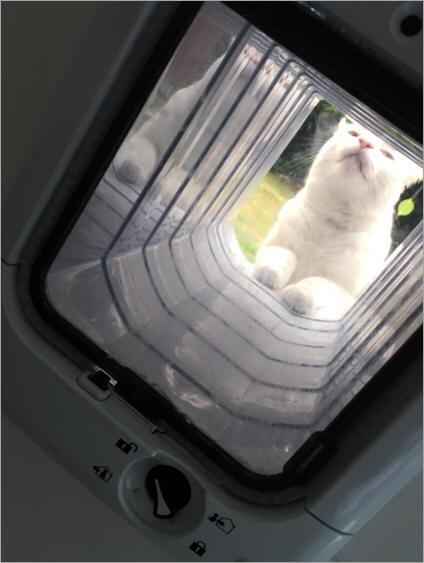 The neighbours' cat tries to gain entry, but lacks the requisite technology.