Office 365 ProPlus will soon default your searches to Bing

In a move which will surely infuriate millions of people, Microsoft have announced that at some stage in the next few months installing Office 365 ProPlus will default your search engine to Bing - probably.

To see if this irritating change will affect you, check your Excel version:

In Excel, or any other Office application, choose to show your Account details.

You should now be able to see your Office version:

The change will take effect from Office 365 ProPlus version 2002 onwards, which will be hitting your desktop at some time between March and September of 2020, depending on whether you are on the monthly update or six-monthly update channel.  Fortunately, the change only affects some countries; unfortunately, these countries include the UK, the US, Australia, India, France and Germany!

You can avoid this happening in one of three ways:

The final option seems the easiest one: 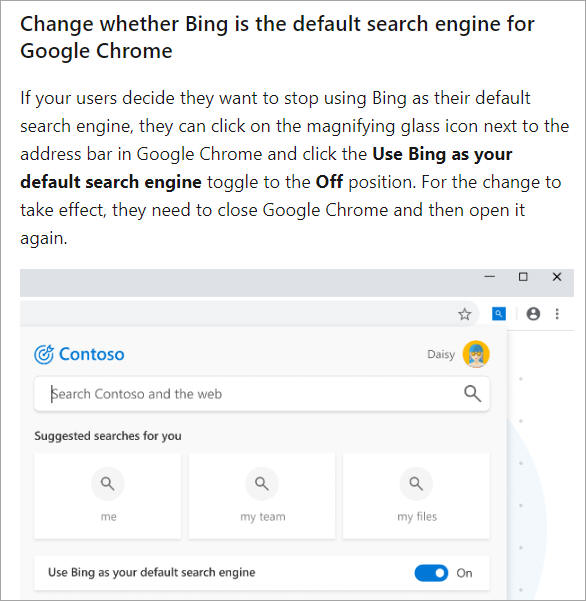 Reluctant instructions from Microsoft on how to stop Bing being your default search engine.

Grrr ... !  Probably the most annoying aspect of this change is this bit of cant from the Microsoft website:

This is enough to anger anyone!  It implies that you've made the decision to change the default search engine, when the truth is that Microsoft have changed it for you.  Grrr ... !

Incidentally, the reason advanced for the change is that web searches will now be able to include files on your network.  Is this really what you would want to happen anyway?