Our a-maze-ing Christmas day out
We ended 2019 with a fun day out in Manchester. Here's what we got up to!

Our a-maze-ing Christmas day out

For our 2019 Christmas do there was no roast turkey, no tinsel or party hats and no cracker jokes. Instead there were bows, arrows, fierce competition in a maze, and fiery food...

There was surprise and drama from the off when we arrived at The Archertype, but that was mainly because Dave picked the music. It was probably the first time the venue got asked to play Mozart while punters run around firing arrows at each other. 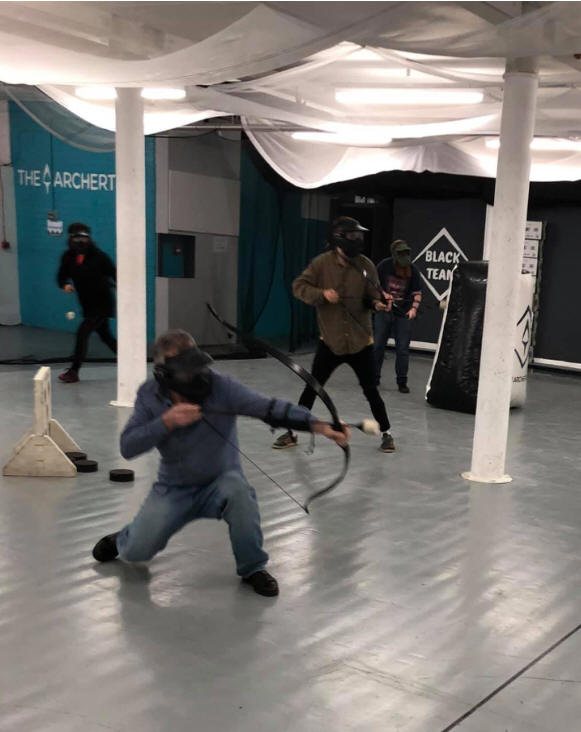 Dave wasted absolutely no time getting stuck in.

A couple of owls had a bit of an advantage, having had a go at Archery Tag (or Combat Archery) before. But what the rest of us lacked in experience, we made up for with enthusiasm.

Whether it was teams pitted against each other or individuals going head to head, nobody held back. It was frenetic and energetic, and we only needed an ice pack once. 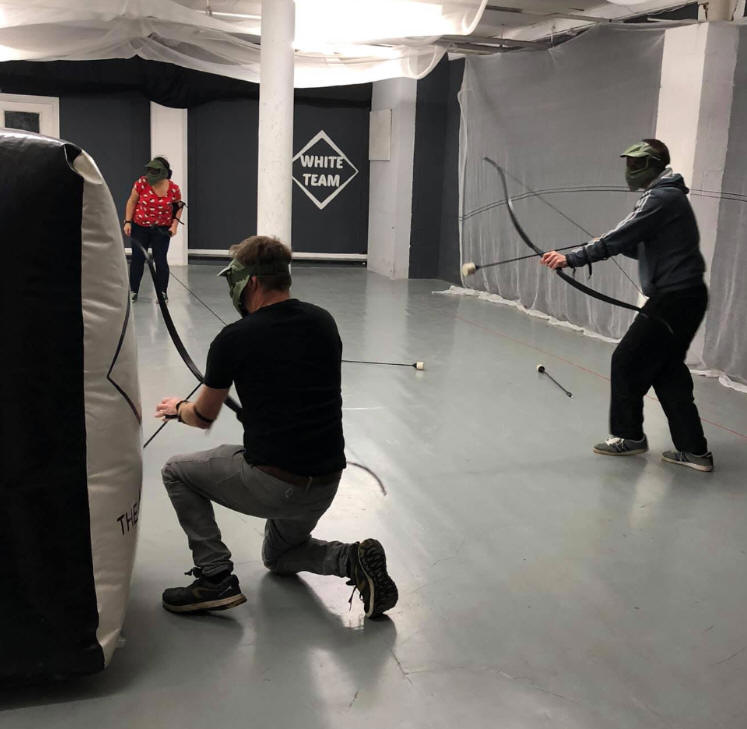 The best way to spread Christmas cheer is by instilling fear.

In the end, one team had built up a significant lead. But with just one round to go, there was a challenge: winner takes all. With minimal consulting with his team, Andy agreed. You can probably guess what happened next. It went into the dying seconds, but in the end, Andy's team lost the final head to head. 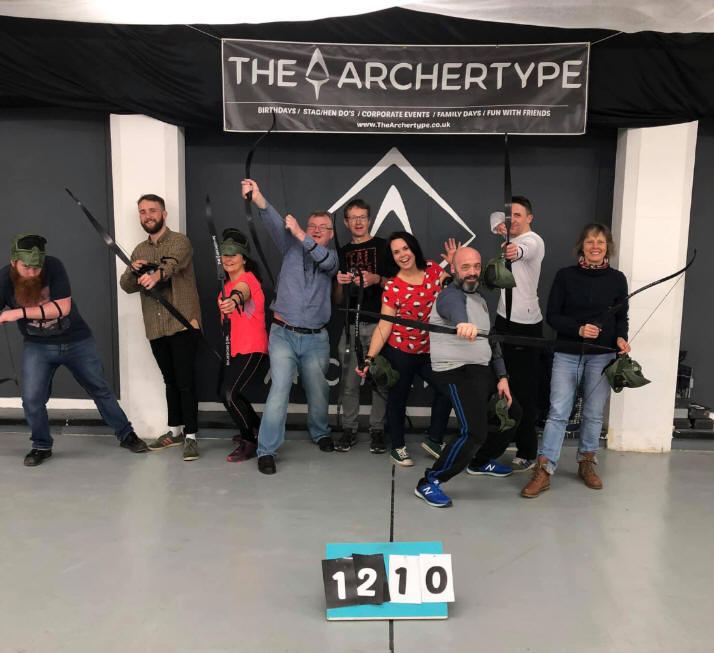 And it's unlikely Andrew will ever forget about this, or make Andy forget about it. He even forced Andy to pose for the victors' picture with the winning team!

Andy was forced to join the victory photo for what Andrew deemed to be traitorous behaviour! 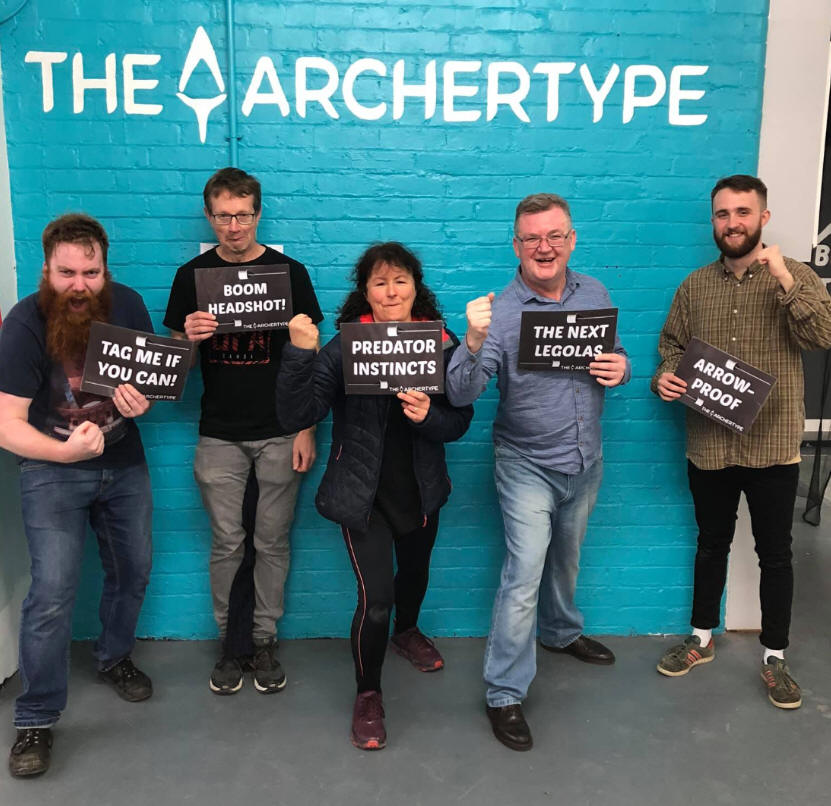 It's not a family Christmas without someone falling out a bit, is it?!

Thanks to The Archertype for a great morning and for the brilliant photos! You can see more of the pictures of the day here.

There are more photos of the day on The Archertype's Facebook page.

Just like at a family Christmas, indulging in delicious food helps to smooth over any tension. After a quick tour of the Christmas markets in Manchester, we called in for lunch at one of our all-time favourite restaurants: Tampopo in Albert Square. 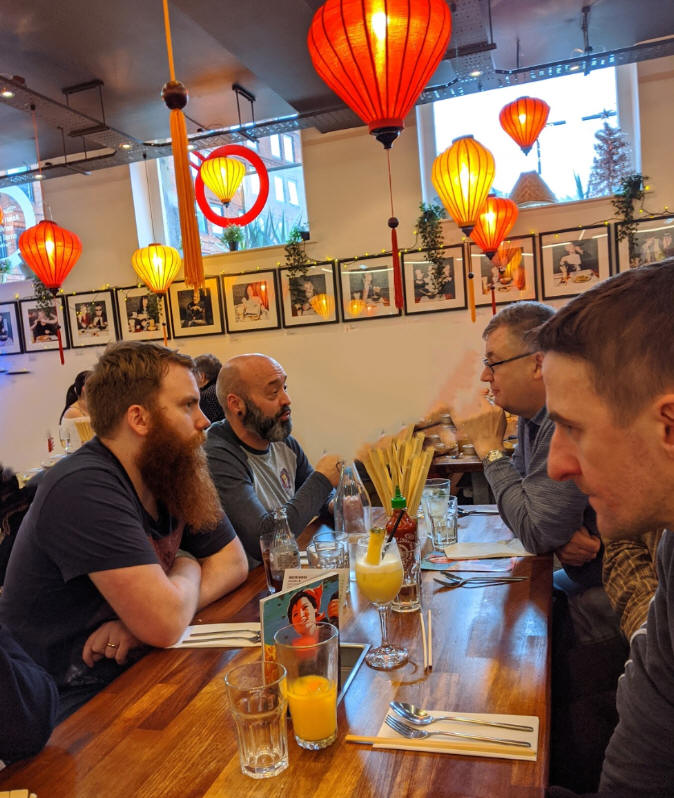 Sam, Shaun, Dave and Andrew hungrily discussing the aftermath of the archery (probably).

This used to be a very popular choice among the Owls and delegates when we were in our previous training centre in Manchester, and some of the staff remembered us from years ago!

It was as good as we remembered, and Andy and Jenny in particular loved getting stuck into the Vietnamese coffees.

Probably a good thing, as the next activity required them to be wide awake and full of energy...

Next stop: The Crystal Maze

We ended the day with a trip down memory lane to The Crystal Maze. Once again, the festive competition was fierce! Nobody held back: everyone was in it to win it. 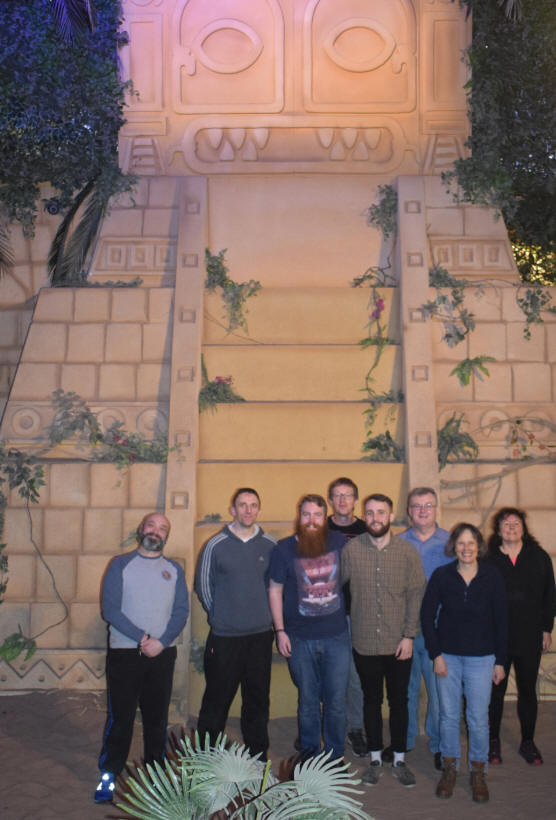 The Owls: ready for action!

Let's not dwell on winners and losers this time, because an absolutely fantastic time was had by all. It was a great way to round off a good year for Wise Owl.

We gave a rundown of some of our 2019 highlights in this blog post.

Hope 2020 is an a-maze-ing year for all our blog readers! 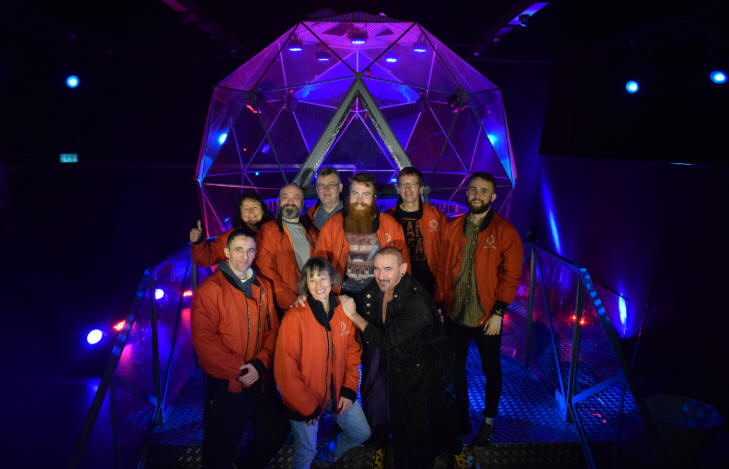 Which one is you? in all photos , we are very curios to know who is our excellent trainer, teacher i.e. Andrew.

Andrew is the one on the left in the final photo at the front!