Both of the Wise Owl founders' kittens now have names!
Andy and Jenny (the two original Wise Owls) have finally got round to naming their new kittens. Whether this deserves a blog post is another question ...

Thanks to those people who suggested names for our new kittens.  Here are the names we've gone for!

Annie is named after one half of Halley and Annie, whom movie-goers will recognise as the twins in The Parent Trap. 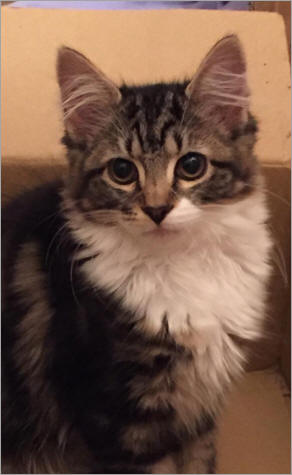 Annie is unbelievably soft and fluffy, endearing, and loves being picked up.  However, she does have severe toilet issues!  So don't be taken in by those butter-wouldn't-melt eyes - this is a kitten who will wee and poo anywhere but in her litter tray.

Neo is named after Keanu Reeves' character in The Matrix, on the (sketchy) grounds that he's dressed in black, moves with great agility and speed and ... unlike his sister ... can reliably locate a litter tray. 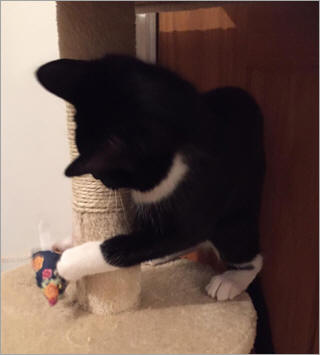 Neo is less keen on being picked up, but still emits a slightly needy miaow when not receiving attention.  Favourite activity: attacking his sister (although to be fair she gives as good as she gets).

And with that, I promise, no more kitten photos in our blogs or newsletters (well, at least for a while).