This was a month of few updates. Our favourite by far is that you can now group visuals, but the Key Influencers visual has also emerged from the preview shadows.

Excitingly, you can now group visuals together to make them behave as one:

Use the Ctrl key to add visuals to a selection, then right-click to group them.

When you click on a grouped set of visuals, Power BI shows this:

If you click on any of the 3 visuals which you've grouped, Power BI will make it obvious what's going on.

As you might expect, when you have a group selected you can't change many properties: 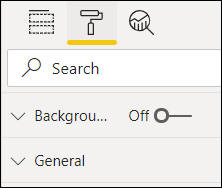 These are the only formatting properties common to all three of the visuals in this group.

Having said this, you can set a background colour for a group:

When you ungroup the visuals, the background colour disappears.

If you click a second time on the same visual, you'll be able to edit it individually:

Now I'm changing the properties of the logo only.

You can also create nested groups (the whole grouping feature has been designed to work exactly the same way as it does in PowerPoint).

You can drag visuals around in the selection pane to include them in (or exclude them from) groups: 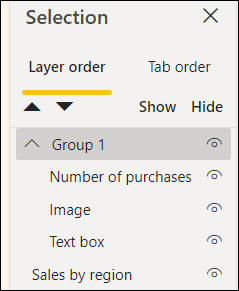 Drag a visual into or out of the group shown to include/exclude it.

You can also use the selection pane to hide or show an entire group, not to mention including it within a bookmark.

To change the name of a group, just double-click on it (thanks, Sam - I must admit I couldn't find out how to do this).

If you have two separate groups, you can merge them into one: 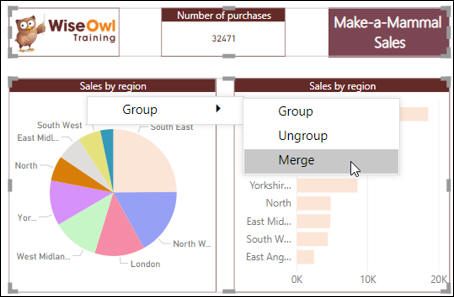 This option would create a single group containing all 5 visuals, rather than a nested group.

Note that Microsoft have more in mind for groups, as the monthly update blog shows:

A scrolling group really would be something!