There's not much new in this month's update. The Performance Analyzer is a great idea, for working out which bits of your report are running slowly, but all of the other changes are minor (as you'll see if you read this blog!).

Someone has obviously been complaining about the execution speed of Power BI reports!  The biggest change this month is a feature allowing you to see how quickly they run: 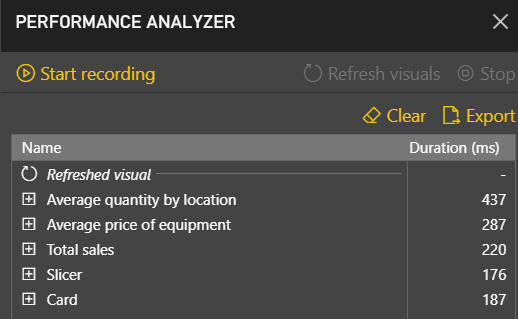 The new Performance Analyzer tab allows you to see which parts of your report are making it run slowly.

Personally, I've never had a problem with Power BI reports running slowly.  But if Microsoft could speed up the load time for Power BI itself, that would be most welcome ...

You can display the tab for analysing your report's speed as follows:

Click on the tick box shown above to use this new Power BI feature.

You can then time each part of your report as follows: 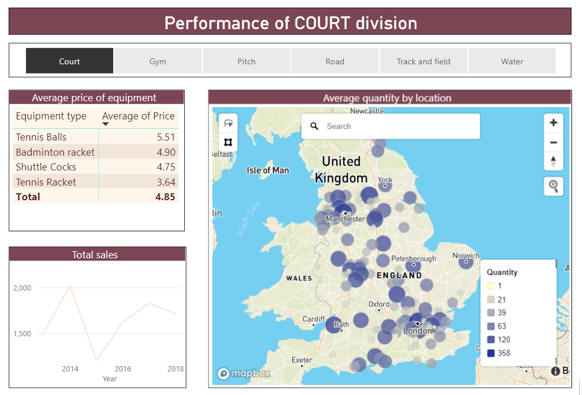 The report contains a card and slicer at the top, a table and chart on the left and a map on the right.

The slowest part of the report by some way is the map on the right (no great surprise there):

You can expand the map to show the speed of each stage of its creation.

This shows that getting the data for the map wasn't a problem, and nor was displaying the visual - it was the usual culprit Other which slowed things down:

Hovering over Other shows what it represents. In this case the problem is almost certainly caused by sending data to MapBox, and waiting for it to respond.

One other new feature - you can copy the query used by Microsoft for timing the report:

Click on the icon above to copy the query used.

Here's what you get for the above example: 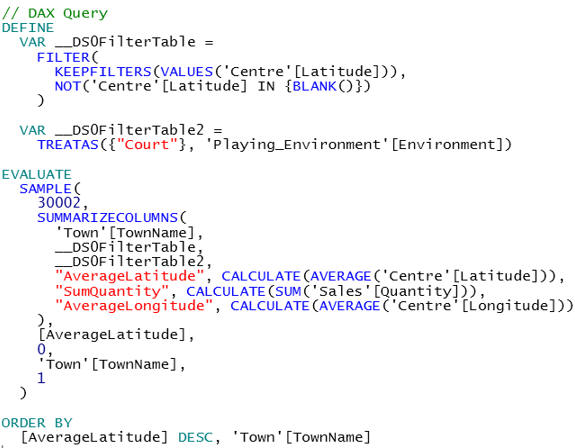 The DAX query used by Microsoft for analysing performance results.

Is this of any use?  I know DAX reasonably well, I'd hope, but still can't quite see what it's doing - but more to the point, I don't need to (the performance analyzer is easy to use and transparent in its own right).

I'm impressed by this new tool.  In so many programming languages and applications timing stages is a non-trivial task (SQL Server Management Studio provides a good example of how not to make query analysis straightforward). 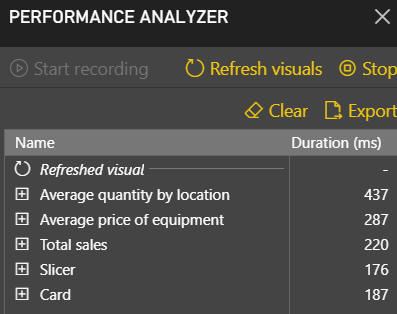 By contrast, Microsoft have clearly put a great deal of work into making this tool easy to understand and use.

Here at Wise Owl our reports don't access enough data to make execution speed a problem, but I'm sure this new tool will be of great use to some of our clients.