This page list general features introduced to Office applications, with notes on which applications each applies to.

A Scalable Vector Graphics file (SVG to its mates) is stored as a series of drawing instructions, which makes it easy to rotate, resize and recolour it.

This feature applies to Word, Excel and PowerPoint.

Here, for example, is the ribbon option for inserting an icon in Word:

The Word tool for inserting icons (the Excel and PowerPoint ones are similar).

You can insert one or more icons at a time: 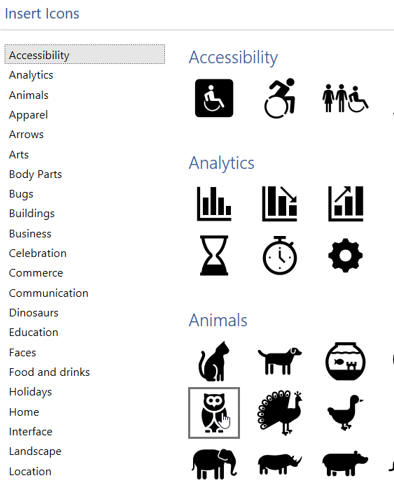 Here an owl is selected - well, what else would you expect Wise Owl to show?

You can then change your graphic - here's one example: 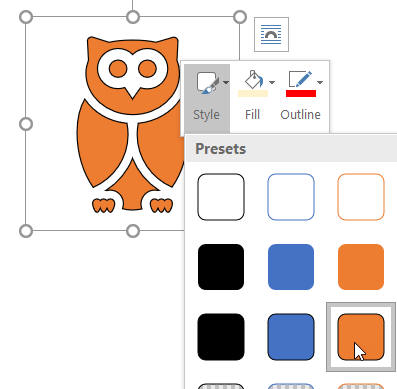 This owl is now bigger, and oranger.

The thing to remember about editing SVG files is that unlike with a bitmap you won't lose any resolution (they will be as sharp as when first inserted, since Office saves the instructions to draw the graphic, and not the graphic itself).

The Microsoft Translator tool lets you translate text into other languages (as you might expect):

The Microsoft Translator tool applies to Word, Excel and PowerPoint, although there is an Outlook version that you can download also.

You can find the option to translate text on the Review tab of the ribbon:

Choose a section of text, then select this option from the Review menu.

You'll have to turn on the Office AI feature, but then you'll be able to translate to your heart's content: 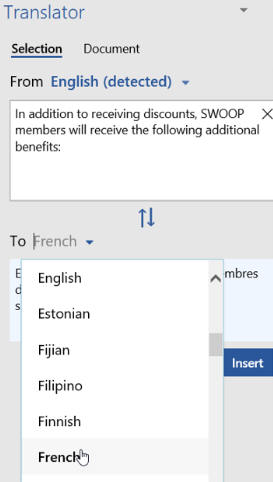 The range of languages supported is impressive.

From what I know of French, this sample translation seems pretty good:

So there's no need to use Google Translate any more - you can stay within Office!

I love this feature, even if it did initially crash Word!

The applications in which you can add 3-D models are Word, Excel, PowerPoint and Outlook.

Here's the Word option to add a 3D model (the other supported applications' menu options are similar):

The option to insert an animated graphic.

If you choose to get a file from the web, you have a huge choice (this is only a small part of it): 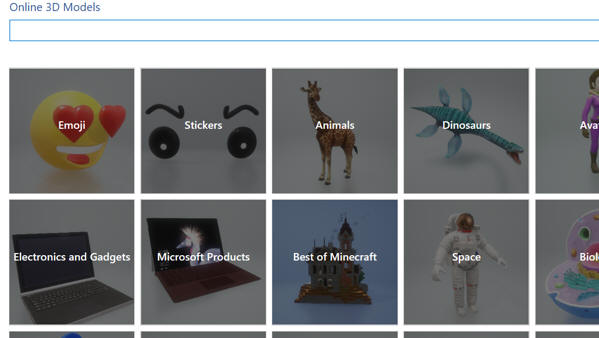 I went for the Animals category.

You can then choose the files you want to insert: 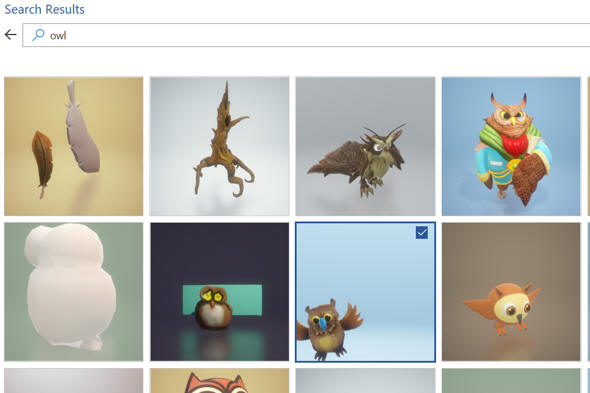 The first go I tried 7 owls simultaneously, and after a few minutes had to close down Word when nothing had happened.  The second time I was less ambitioius and went for a single owl, and things worked better: 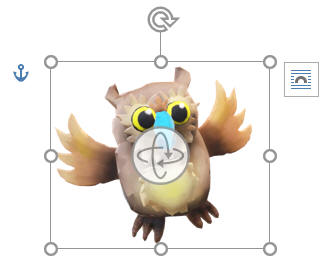 My owl, ready to take flight.

You can click and drag on the icon in the middle to make the owl move: 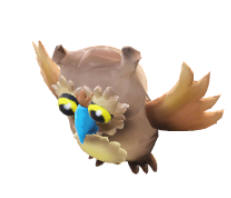 It may not look that exciting, but that's because you can't see it moving on this web page. Believe me, it's fun!

Inking allows you to draw within an Office application, and then convert your drawings into text:

You can use inking in Word, Excel, PowerPoint and Visio.

if you haven't got a touch screen on your device, you'll need to display the Draw menu on your ribbon first before you ink:

To display the Draw menu, choose Tools => Options and then select this option (this dialog box is for Excel, but it will be analogous for the other supported applications).

You can then draw to your heart's content (the interface is similar to the Paint application beloved of previous Windows users): 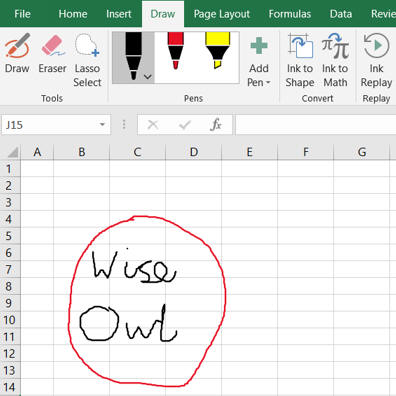 Here's my first attempt at inking, using a mouse as my laptop doesn't have a touch screen.

You can click on any pen to change how it works:

You can (as you'd expect) change the pen thickness and colour just by clicking on it.

In PowerPoint you can also convert letters that you've drawn to text.

There are a huge range of options that you can apply to make Office easy to use for people with disabilities.

The applications supported are Word, Excel, PowerPoint and Outlook.

To give just one example, you could turn sound feedback on as follows: 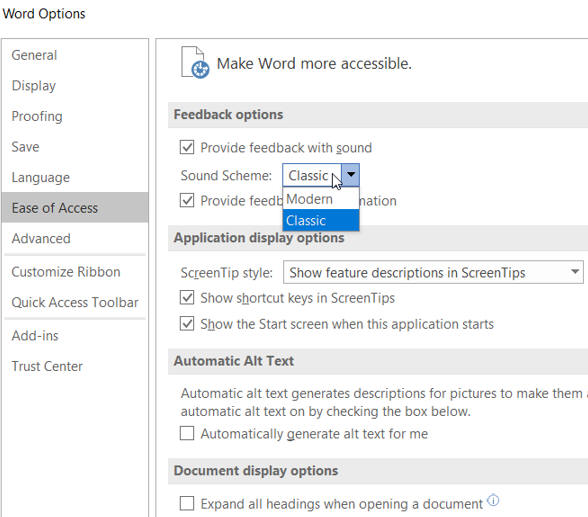 The option shown above plays weird sounds to confirm certain actions, such as deleting text.

When you're reviewing a document in the main Office applications you can draw people's attention to parts of it using a mention:

I have to admit this example is taken from the Microsoft website, as Wise Owl don't do a lot of document reviews. This would send an email to the fortunate John Smith.

Now that we've got the general new features out of the way, it's time to consider the updates to individual Office applications since Office 2016 came out ... starting with everyone's favourite database, Access.