There are lots of new goodies in Excel - how many of the following have you picked up on?

There are a few useful new functions which have been added to Excel.  The TEXTJOIN function allows you to join all of the cell values in a range together: 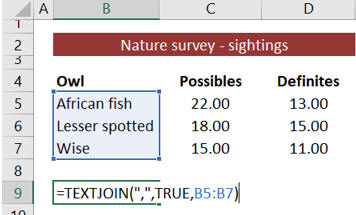 The TRUE in this case is telling Excel to ignore any blank cells in the range.

The above cell would return the following string of text, since I've used a comma as my delimiter:

The CONCAT function is just a shorter version of CONCATENATE, to save typing, but it also allows you to refer to cell references:

The MAXIFS and MINIFS function join the SUMIFS, AVERAGEIFS and COUNTIFS stable:

This formula is showing the minimum number of definite sightings for owls with the word spotted in their names.

Last (but definitely not least) there are two functions to make it easier to test multiple conditions - SWITCH and IFS.  The IFS function allows you to write nested IF functions like this one:

So the IFS function allows you to write nested IF functions more concisely, but of course you shouldn't really be nesting IF functions in the first place!

The syntax of the new Excel SWITCH function.

Suppose you want to show the ethnicity for someone using the old-fashioned police codes:

You want to put a formula in the cell to show the ethnicity of someone with the given code, using the table.

You could use this formula in the cell selected above:

Again, though, this isn't the best way to do it - a VLOOKUP or INDEX/MATCH function would do the same thing much better!

You can now hold down the Ctrl key and click and drag to remove cells from your current selection:

Excel now has a funnel chart: 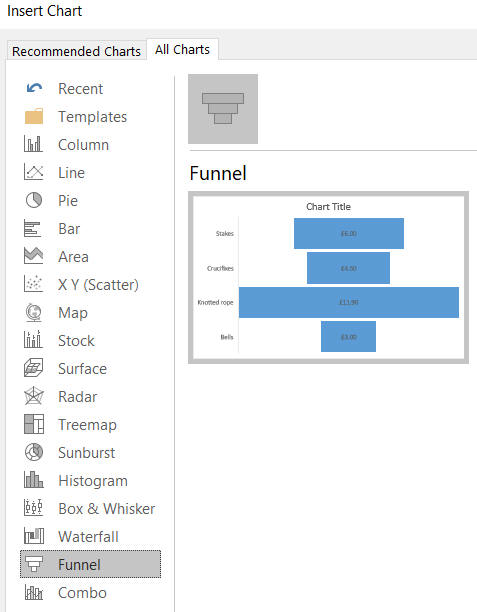 Typically you would use a funnel chart to show progress through a series of stages (for example, to show the number of enquiries lost at each stage of a sales process).

There's also a new map chart, which assumes that you have data in the right format: 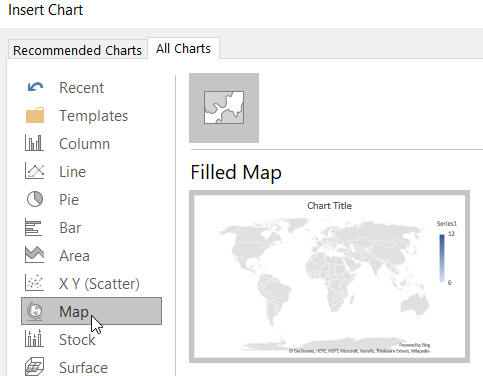 The tab for creating map charts.

And here's the initial chart the data above would show: 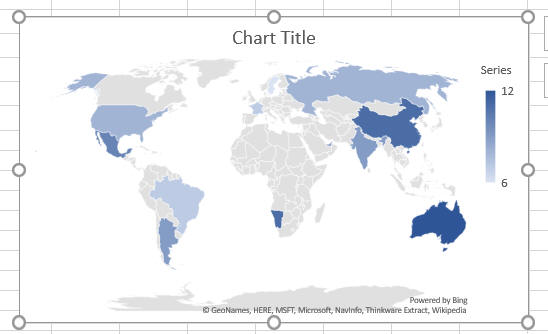 It all looks very pretty - but see the hint below.

Shape maps are great if you're using internationally recognised country names or US states, but what happens if you're using English parish council boundaries?  Or Swiss cantons?  Or Peruvian city boundaries?  For anything complicated, you'll need to get the underlying shape map data - no small task.

You can now set your preferred default pivot table layout in Excel.  Choose File => Options and click on this button:

Click on the button shown above to change your default layout for pivot tables.

You can then set your preferences:

In researching this blog I think this was the most exciting new discovery I made (most of the rest of the new features I already knew about, but this was new to me!).

You can also now search for the pivot table fields you want:

Here I've found all the fields containing the letters date.

You can make a slicer multi-select on a touch-screen device by default: 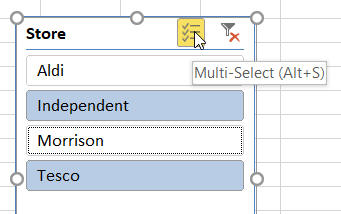 Click on the icon shown to make it easier for touch-screen users to select more than one item at a time in a slicer.

Finally, if you drag a date field onto a section of a pivot table, Excel will automatically show a time hierarchy:

I'm not 100% certain when this feature was added, but I think it was after the first release of Excel 2016.

PowerPivot has seen a number of behind-the-scenes improvements, and also now lets you save a database diagram as a picture:

You can now publish a workbook to the cloud, for use with Power BI: 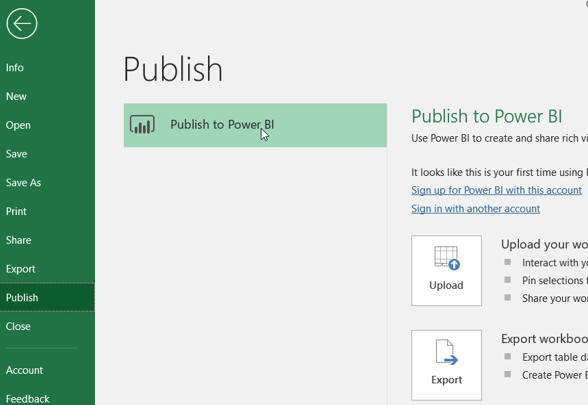 Choose this option on the File menu to publish a workbook.

You used to be able to do this before, as it happens, but you needed to install an add-in and it was hideously clunky.

Improvements to Get & Transform (Power Query) 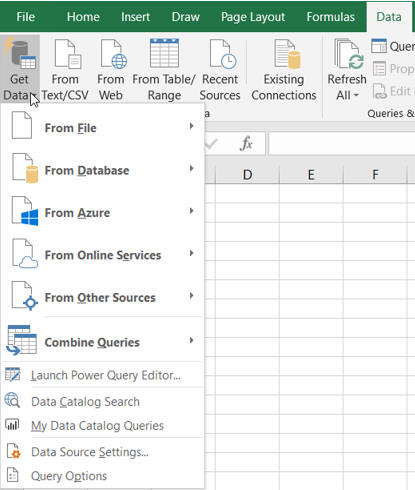 The facility in Excel to extract, transform and load data from disparate data sources.

One of the most obvious changes is a new Queries & Connections pane:

This new pane combines (as you might expect from the name) both data connections and queries.

Here's what this looks like when used in anger: 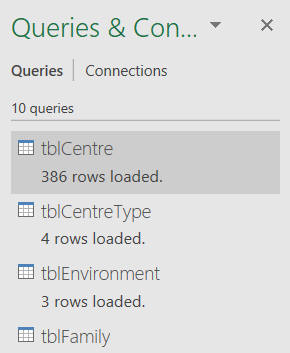 You can either choose to show queries (as here) or connections.

This feature gets lots of love from Microsoft, as it's also part of the fast-changing Power BI reporting tool, so there are too many small improvements to mention.  Perhaps the transform which has changed the most is the Column from Examples tool: 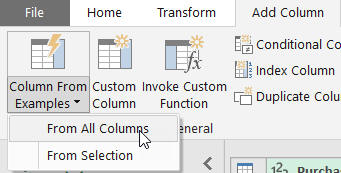 The artificial intelligence which guesses what new column you want to create is getting quite impressive.

Changes not specific to Excel

In addition to the changes listed above, don't forget the following new features which I listed in the general Office page at the start of this blog series: