As you might expect, the improvements to Access over the last 3 years or so have been mostly token changes. 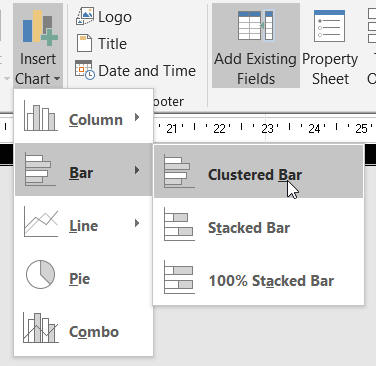 On an Access form, on the Design tab of the ribbon choose to insert a chart.

You can then associate your chart with a table or query: 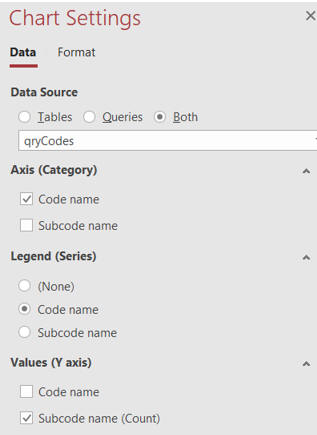 Here we're showing the number of subcodes by code (whatever this may mean for the database in question!).

Here's the chart that this would initially yield: 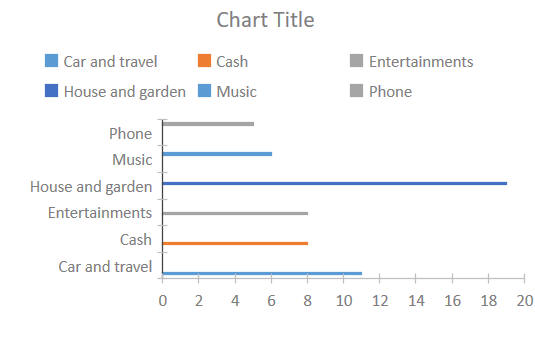 It looked even worse in design view!

You could then play about with your formatting: 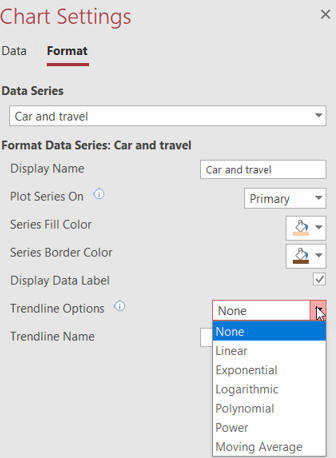 The Format tab for the chart allows you to change how it looks.

It seems early days for this new feature (which is quite primitive), and it seems odd to this owl that Microsoft are investing in such a niche part of Access.

You can display the linked table manager as below, to show which tables you're linking to within your database from other data sources: 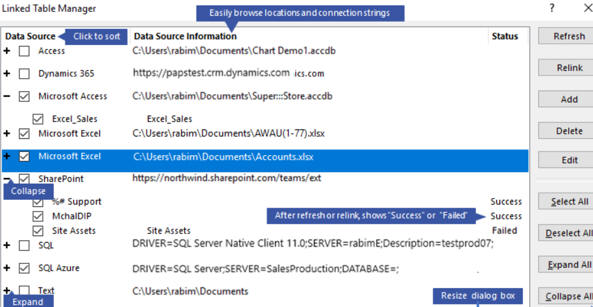 This would indeed be different!

Here's what the linked table manager actually looks like on my laptop:

Nothing appears to have changed!

This is strange because I've checked my updates:

Here's the version that should work:

The minimum requirement is an earlier build version.

So why can't I see the new linked table manager?  At least the dialog box above shows what it should look like ...

In the diagram below, the text box on the right is associated with the label on the left:

Assume the labels are called Label1, Label2 and Label3, in that order.

You can now easily tell Access that the text box should be associated with a different label:

Type in the name of the label you want to associate with the text box. The label name must exist (it's sloppy programming on Microsoft's part that a drop list doesn't appear for the property).

The new association is made!  No more cutting and pasting of controls to get this to happen:

The textbox will now move with the 3rd label, not the first one.

You can now choose to view an object's properties sorted alphabetically: 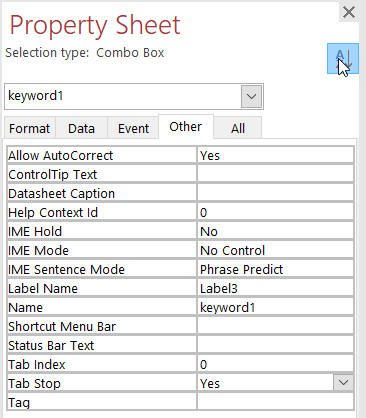 Whatever subset of properties you're looking at, you can click on this icon to sort them into alphabetical order (or remove sorting).

If you have a combo box based on a list of values, you can ask Access to allow editing of the underlying values:

You can press Ctrl + E or click on the icon shown to edit the items in the list.

This will bring up this form (you can specify your own custom form instead, it appears):

Time to add some additional genders?

Here's the property which allows users to edit value lists: 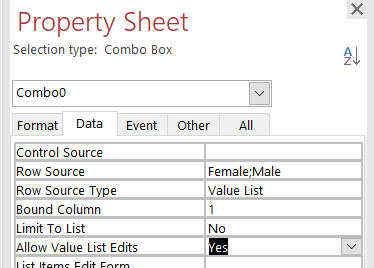 Turn this property on to let your users edit value lists.

A nice new feature, if a tad niche.

In addition to all of the above changes there are various small improvements which aren't worth separate mentions (for example, it's now easier to resize objects in some views, and Access will retry failed ODBC connections automatically).